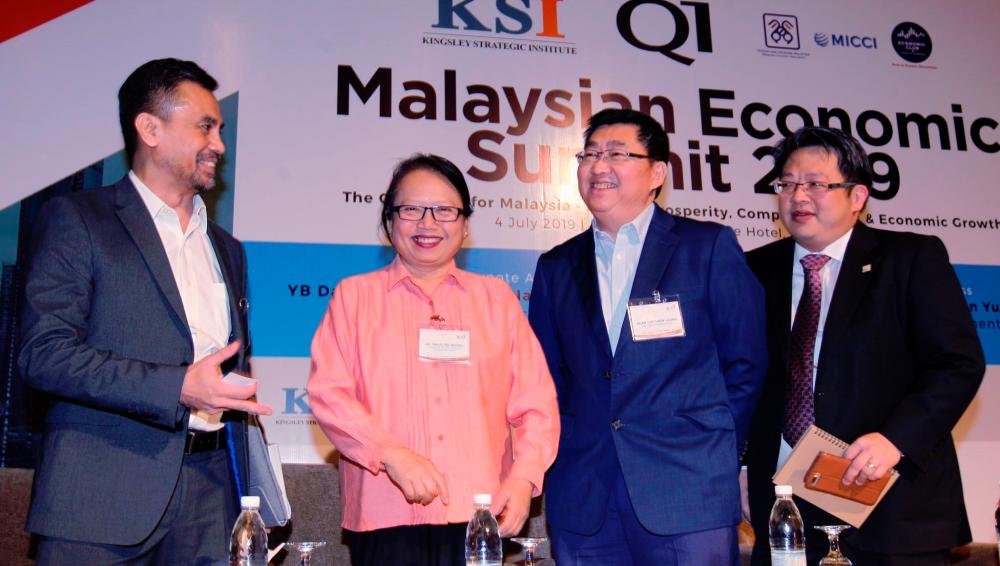 KUALA LUMPUR: Next year will be a challenging year for global and Malaysian gross domestic product (GDP) growth, with headwinds coming from a possible escalation of trade tensions between the US and China.

Affin Hwang Investment Bank head of research/chief economist Alan Tan said 2020 will be a challenging year unless there is positive news from the trade tensions, such as a possible trade compromise, around the third or fourth quarters of this year.

Based on Bank Negara Malaysia’s simulation of a full blown trade war, which includes possible retaliation from China, the headwinds could result in a 1.3-1.5% drag on Malaysia’s GDP growth.

Tan, who was speaking at the Malaysian Economic Summit 2019 today, said domestic demand is important for Malaysia and the upcoming Budget 2020 is expected to include further development expenditure.

“In the coming budget for year 2020, we expect some fiscal stimulus measures to be announced to provide some support to the country’s domestic demand, to help cushion the slowdown in exports,” he said.

Besides accelerating development expenditure, he said, the implementation of the renegotiated mega infrastructure projects will also provide support to domestic demand.

“Another stimulus or strategy by the government is the RM37 billion unrefunded tax earlier. So far, RM17.1 billion has been refunded to individuals and businesses. The question now is whether these businesses getting these tax refunds, will they use the money for future expansion?

“We think that if the current economic environment improves, a lot of the money refunded will be used to stimulate the economy,” he added.

Tan noted that Malaysia’s unemployment rate is still low while income growth remains steady, and these factors will continue to support private consumption, which contributes about 55% to GDP.

“As long as Malaysia’s domestic demand is supported by private consumption, the GDP growth for Malaysia this year of 4.5% is highly achievable. I think the risk is really going into 2020,” he said.

Having said that, he also noted that Malaysia’s fundamentals are a lot stronger today and despite the challenges that await in 2020, he said Malaysia can cushion the slow down and handle it better than in the past, during the Asian Financial Crisis and the crisis in 2008.

In addition, there needs to be an inside-out or demand-led capability-driven approach to investing in and developing new sources of growth as well as equitable sharing of gains through joint effort and alignment of outcomes.

He urged businesses that are expanding out of Malaysia to look more deeply into it, as the rewards are huge if the expansions are successful, despite the more intense competition in unfamiliar territory.

In terms of sharing gains, he said capital owners need to think about how to push more money to workers and link it to higher productivity.