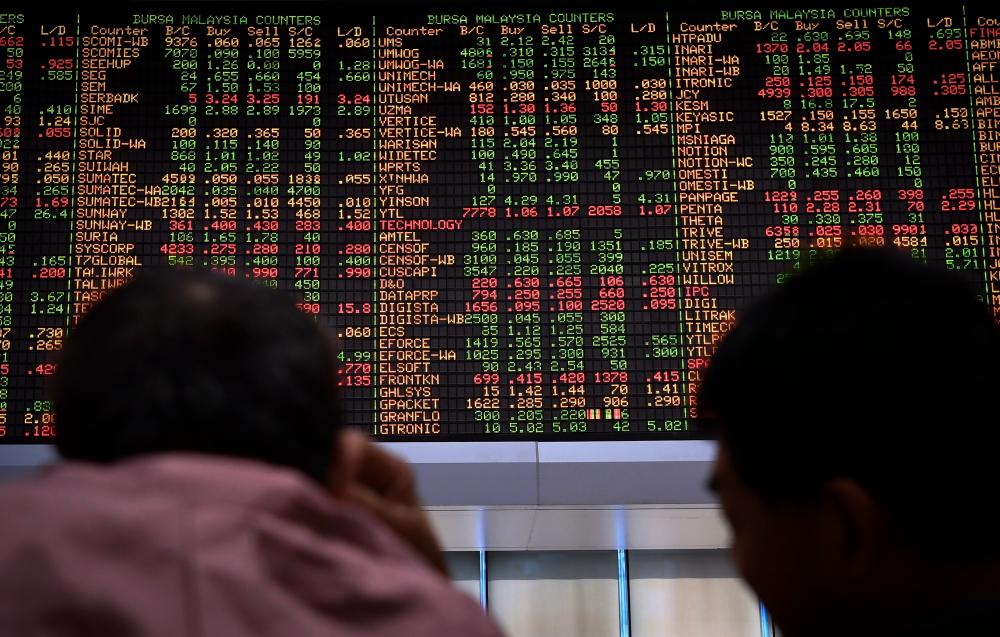 In a note by MIDF Research, Malaysia has the second least foreign net outflow when compared on a year-to-date basis.

Last week, Bursa saw RM459.9 million in foreign net selling on Monday, triggered by the slump in oil price due to Saudi Arabia, Russia and other oil producers failing to agree on cutting output.

The pace at which foreign investors were selling local equities decelerated to RM257 million net on Tuesday.

“Bargain hunting activity offered some relief to the local bourse which eked out a 0.4% gain on the same day but not enough to lift it beyond the 1,450 territory,” said MIDF.

Foreign net selling gained momentum on Wednesday to reach RM320.3 million despite gains on Wall Street on hopes that the Trump administration will act to cushion the economic pain of the virus outbreak.

On Thursday, after the World Health Organisation declared the coronavirus a global pandemic, the foreign net outflow continued to increase to RM375.4 million.

Friday the 13th brought wild swings for Bursa as the local stock barometer faced its worst day since 2008, declining by 5.3% to settle at 1,344.8 points.

As such, international funds dumped equities listed on Bursa at a tune of RM482.7 million.

In terms of participation, the average daily traded value (ADTV) of foreign investors recorded the smallest gain of 13.1% for the week and remained at a healthy level of RM1.72 billion.