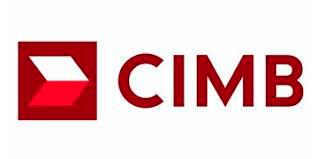 Scored with input from both investors and analysts throughout the region, CIMB was the most awarded Malaysian company in this year’s poll as it swept the awards for Most Committed to Environmental Stewardship, Most Committed to Social Causes and Best Investor Relations in Malaysia.

Held annually, the Asia’s Best Managed Companies poll by FinanceAsia serves as a benchmark of the region’s most influential companies by evaluating the corporate behaviour and performance of Asian peers over the past 12 months.

These awards are a testament to the headway made by CIMB in advancing its environmental, social and governance (ESG) agenda, bringing it closer to achieving its ambition of becoming an Asean sustainability leader by 2024.

“We are pleased to be recognised by the investor and analyst community at the Asia’s Best Managed Companies 2022 poll by FinanceAsia. These awards highlight our significant progress towards becoming an Asean sustainability leader as we play our part in realising a net-zero economy,“ said CIMB Group CEO Datuk Abdul Rahman Ahmad.

“Meanwhile, corporate responsibility remains a priority as we have committed RM150 million towards community investments over five years and 100,000 employee volunteerism hours annually by 2024 in order to bring about positive change and make a meaningful impact across the communities in which we operate,” he added.

In 2021, CIMB intensified its engagement with the investment community by holding its inaugural Sustainability Investor Day, where it also announced the group’s enhanced sustainability commitments. These commitments include among others CIMB’s target to achieve net-zero greenhouse gas (GHG) emissions by 2050, including scope 3 and financed emissions.

The group also aims to mobilise RM30 billion in sustainable finance under CIMB’s Green, Social, Sustainable Impact Products and Services (GSSIPS) Framework by 2024, for which it is on track with RM25.9 billion already mobilised as at end-2021.