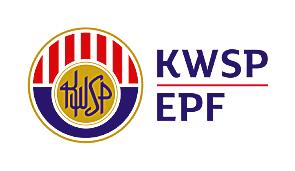 PETALING JAYA: The Employees Provident Fund (EPF) reported a 12.82% growth in investment income to RM14.61 billion for the third quarter ended Sept 30 compared with the RM12.95 billion it made in the same period last year.

“Q3 2018 saw us navigating a volatile market condition, which has been fuelled by the trade tensions between China and the United States. However, we have been able to record an improvement in income as Malaysia and Asean equities recovered in Q3 2018 from the market downturn experienced in previous quarters, while developed market equities continued to record positive growth from previous quarter,” said EPF deputy CEO (investment) Mohamad Nasir Ab Latif in a statement.

“Volatility is increasingly felt across the region, in which we saw a decline in regional equity markets in the fourth quarter of 2018. This will certainly pose a huge challenge to the EPF to sustain the same income momentum for the fourth quarter,” he added.

Mohamad Nasir said the EPF remains cautious of the uncertain external environment such as the continued US-China trade tensions, weaker commodity prices and the US interest rate hike as well as the challenging domestic equities market.

“Meanwhile, we are grateful for the support of the Ministry of Finance and Bank Negara Malaysia towards the EPF’s long-term global diversification efforts, which will greatly assist the EPF towards delivering its strategic targets of at least 2.5% nominal dividend and 2% real dividend on a rolling three-year basis.”

A total of RM1.33 billion out of the RM14.61 billion gross investment income, was generated for Simpanan Shariah and RM13.28 billion for Simpanan Konvensional.

The EPF said equities, which made up 40.67% of the pension fund’s total investment assets, continued to be the main revenue driver, contributing RM8.89 billion, which is equivalent to 60.81% of total investment income.

A total of 50.72% of EPF’s investment assets were in fixed income instruments, which continue to provide consistent and stable income, reduce overall risk and protect against volatility of the EPF’s portfolio.

Fixed income investments recorded an income of RM4.73 billion, equivalent to 32.4% of the quarterly investment income.

Income from Malaysian government securities and equivalent increased to RM2.5 billion, while loans and bonds generated an investment income of RM2.24 billion.

Real estate & infrastructure’s investment income jumped to M726.23 million on the back of higher dividend income.

Investments in money market instruments, which represent 3.92% of the total investment assets, contributed RM265.39 million to the investment income.

In accordance with the implementation of the Malaysian Financial Reporting Standards 9 (MFRS 9), which came into effect beginning Jan 1, the EPF noted that capital gains on disposal of equity amounting to RM5.17 billion for the Q3 2018 will flow directly to retained earnings from the statement of other comprehensive income, instead of the statement of profit and loss as under the previous MFRS 139.

Under MFRS 9, the EPF would also no longer recognise any impairment on its equity holdings.