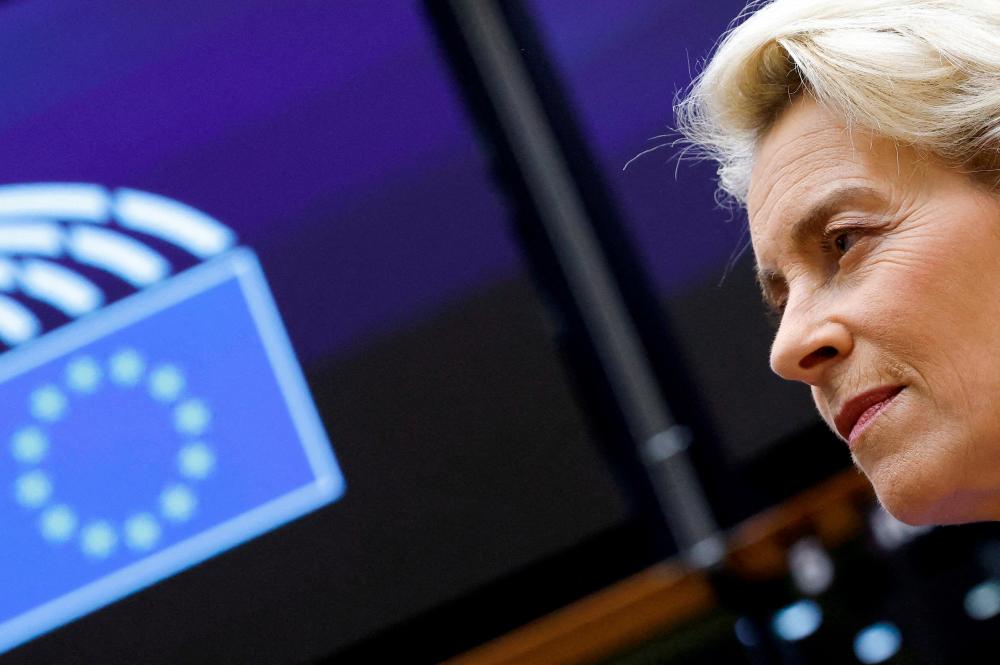 BRUSSELS: The European Union (EU) will adapt its state aid rules to prevent an exodus of investment triggered by a new US green energy subsidy package, the bloc’s chief said on Sunday (Dec 4), while offering cooperation over raw materials to counter China’s dominance.

“Competition is good ... but this competition must respect a level playing field,” European Commission president Ursula von der Leyen said in a speech in the Belgian city of Bruges.

“The (US) Inflation Reduction Act (IRA) should make us reflect on how we can improve our state aid frameworks and adapt them to a new global environment,“ she added.

The 27-country bloc fears that the US$430 billion (RM1.88 trillion) IRA with its generous tax breaks may lure away EU businesses and disadvantage European companies, from car manufacturers to makers of green technology.

The topic is one of several on the agenda of the EU-US Trade and Technology Council meeting today (Dec 5).

Von der Leyen said the EU must take action to rebalance the playing field where the IRA or other measures created distortions, while cautioning that a trade war was in neither country's interest.

“We need to do our homework here in Europe, and at the same time we have to work with the United States to mitigate the disadvantages,” she noted.

To help European companies in the short term, the EU is working on boosting RePowerEU, the bloc's plan to end dependence on Russian fossil fuels by funding the green transition, von der Leyen said.

“However, we also need to think beyond ad-hoc solutions. The new assertive industrial policy of our competitors needs a structural answer,” she said.

“This means on one hand new and additional funding (for research, innovation and strategic projects) at the EU level and ... on the other hand a higher level of policy coordination, like hydrogen, like semiconductors, quantum computing, artificial intelligence (and) biotechnology.”

At the same time, Europe needs to cooperate with the United States in the face of China working with massive automobile subsidies while controlling critical raw materials, von der Leyen noted. This could mean agreeing on joint EU-US standards for electric vehicle charging, for example.

“If Europe and the United States agree on common standards, we will shape global standards and not leave it to others,” she said.

As regard scarce raw materials for clean tech, “Europe and the US can build an alternative to this (Chinese) monopoly by establishing a critical raw materials club,” von der Leyen said.

“The idea behind it is simple: It is cooperation with partners and allies on the sourcing, on the production, and on the processing that gives us the ability to overcome this monopoly.” – Reuters