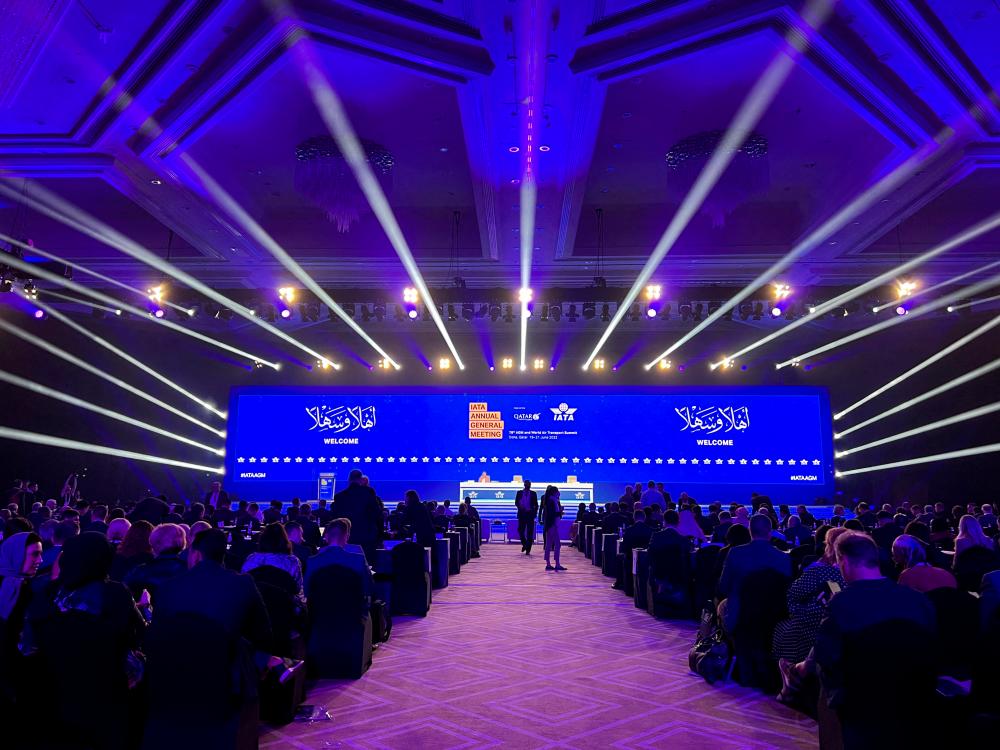 DOHA: Global airlines are grappling with a double whammy from the rare combination of a strong US dollar and high oil prices at a time when broad inflationary pressures and worker shortages are also placing pressure on the pandemic-hit industry's recovery.

The oil price and the US dollar typically have an inverse relationship so that when one is high, the other is low, helping to even out the financial impact on airlines that operate in other currencies.

That correlation, however, has broken down in recent months with the war in Ukraine causing a spike in oil prices at a time when the United States is a net oil exporter and the US dollar receiving a boost from interest rate rises designed to temper inflation.

Airlines gathering at the International Air Transport Association annual meeting in Doha last week expressed concern about the oil price and US dollar rising in tandem.

“For airlines, it is not good at all. It is the perfect storm,” Tony Webber, a former chief economist at Australia’s Qantas Airways.

The US trade-weighted real exchange rate index, established in 2006, is at a record high and the benchmark Brent oil price is around US$115 a barrel.

Non-US airlines have dollar exposure in the form of oil prices, aircraft purchase and leasing charges, maintenance costs and sometimes debt, all of which become higher in their local currency when the dollar is stronger.

“It’s painful, buying fuel, buying everything,” Korean Air Lines Co Ltd chief executive Walter Cho said of the strong US dollar, trading at the highest level against the won in more than a decade.

“We have a lot of US dollar debt and we have to pay interest on that. Interest is low but at this exchange rate it might as well be 10%,” he said on the sidelines of an airline industry gathering in Doha.

For most non-US airlines, the hit from rising costs far exceeds the benefit from ticket sales to US-based customers converting to more local currency.

Indian low-cost carrier SpiceJet last week warned it would need to push up fares by 10% to 15% due to an increase in fuel prices and rupee depreciation.

Malaysia Airlines chief executive Capt Izham Ismail said fuel had typically accounted for 20% of its costs, but that had risen to 45% due in part to the weak ringgit.

US airlines are mostly unhedged and want a low oil price but prefer a weaker dollar because they benefit from a higher conversion rate when they sell tickets in euros and other currencies to foreign customers, Webber said.

Hawaiian Airlines chief executive Peter Ingram said the airline was watching the yen, trading at 20-year-lows, as it ramped up flights to Japan, traditionally the biggest foreign tourism market for Hawaii.

“It’s not the binding constraint on demand at this point, but it is something that we’re certainly mindful of since the vast majority of the traffic on our flights, plus or minus 90% is Japanese originating traffic,” he said of the yen. “And so the cost of travelling to the United States is going to be inflated by the exchange rate.”

Airline failures have historically risen at times when an index that combines the oil price and U.S. dollar strength has been high, according to data from aviation consultancy IBA.

IBA chief economist Stuart Hatcher said in a webinar last month that strong pent-up demand means there have been few failures this year, but the situation could change once the peak summer season is over. – Reuters