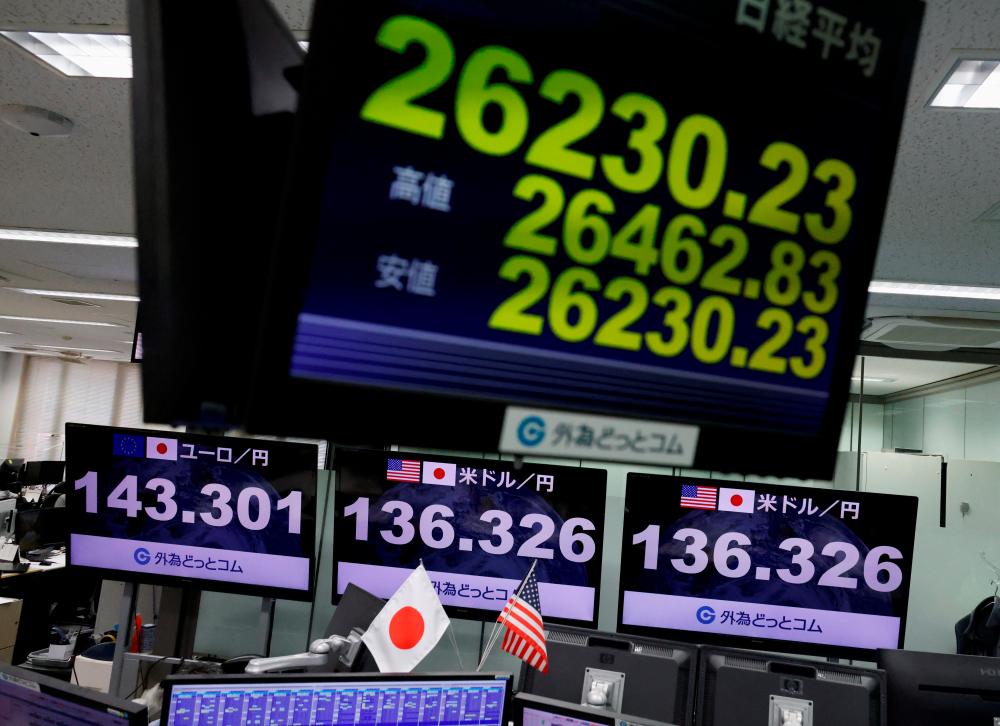 Monitors displaying the yen exchange rate against the US dollar, the euro and Nikkei share average at a foreign exchange trading company in Tokyo on Wednesday. REUTERpix

The data challenges the Bank of Japan’s (BOJ) view that the recent rise in prices is temporary, and doesn’t warrant a withdrawal of monetary stimulus.

It stayed above the BOJ’s 2% target for a second straight month, following a 2.1% rise in April.

The core-core CPI, which strips away both volatile food and fuel costs, was up 0.8% in May from a year earlier after climbing by the same pace in April.

Rising fuel and food prices, blamed on Russia’s invasion of Ukraine and a weak yen that inflates the cost of imports, are expected to keep Japan’s core consumer inflation above the BOJ’s 2% target for most of this year, analysts say.

But there is little to cheer for the BOJ, which views such cost-push inflation as temporary and a risk to consumption, with households facing rising living costs and slow wage growth.