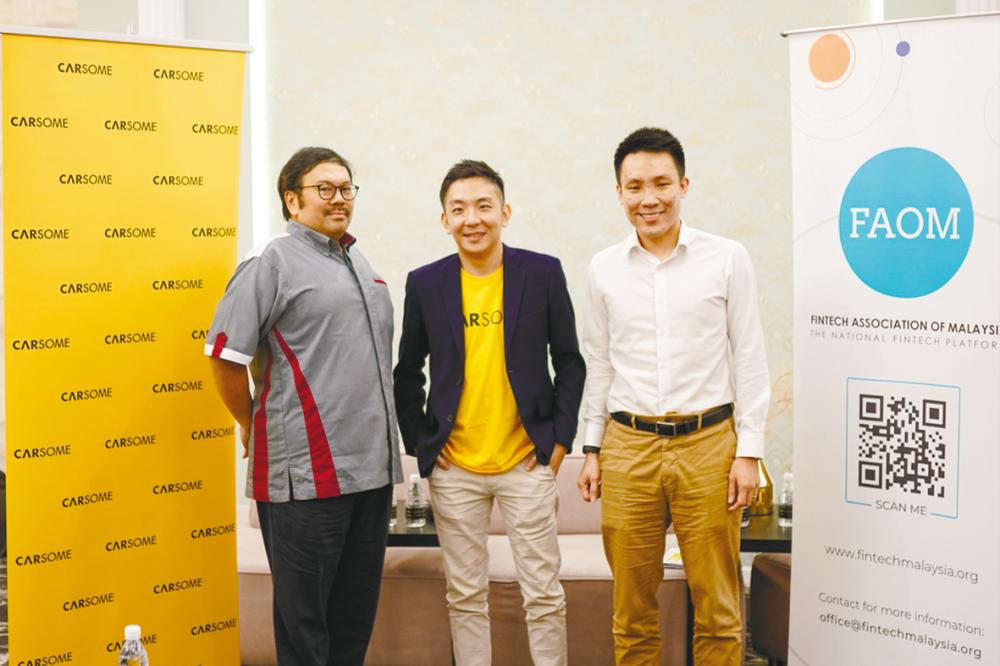 From left: Thariq, Cheng and FinTech Association of Malaysia president Wilson Beh at the event to share the latest trends in the fintech industry and provide updates on the KAF-led consortium.

“We look back at the scene, of the 30% of the (digital) banks (globally) that are profitable, most of them focus on small businesses banking rather than full-on consumer banking. Not to say that the rest has failed, just not yet profitable,” he told SunBiz at “Fireside Chat with KAF Investment Bank and Carsome: Shaping Fintech to Drive Greater Financial Access in Malaysia” yesterday.

Thariq said the challenge for digital banks globally is that 75% of them are not profitable, and that how much investment is made must commensurate with the cash flow that the bank has.

In consumer banking, he said, banks spend a lot of time doing marketing while for small businesses enterprise banking, these businesses will come to the bank.

“For that reason, the focus is on these small businesses. They need to do cost savings. Credit is one thing, they also want cheaper transactions for cash management compared to consumer banking where people borrow money to buy cars or get personal loans.

On competition to attract talent, Thariq said it has not found itself competing with other banks, including incumbents such as Maybank or RHB.

“Because we are Islamic banking focusing on small businesses banking, we are attracting talent who are looking to do something new and are excited about digital banking as well as Islamic digital banking which are syariah-compliant,” he said.

Additionally, in its 51st year at the moment, KAF has been in the scene longer compared with the other four digital bank licensees.

“We’ve been a traditional wholesale financial business for a long time ... started more than 50 years ago and expanded from what was initially a money-broking business towards a discount house then stockbroking and eventually investment bank in fixed income and the bond market and now we’ve established ourselves in our own space,” Thariq said.

The KAF-led consortium consists of household names such as Carsome, MoneyMatch and Jirnexu.

Carsome co-founder and CEO Eric Cheng said it is expanding its offerings into financing and mobility financing.

“We have a lot of value adds that we can contribute, from our technology offerings, beta ownerships that we have. It’s going to be a powerful asset,” he said during the fireside chat.

Cheng said its role and unique value proposition in the consortium is to be the growth engine as Carsome has a substantial market share in the country as well as experience working with digital banks in other countries. Carsome is the largest integrated automotive e-commerce platform in Southeast Asia with operations across Malaysia, Indonesia, Thailand and Singapore. 5.Situation back to normal in Johor , two PPS closed