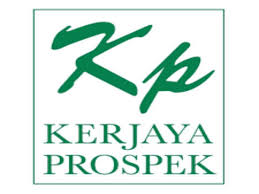 PETALING JAYA: Kerjaya Prospek Group Bhd’s net profits declined by 36.4% to RM22.33 million in the first quarter ended March 31, against a net profit of RM35.12 million in the same quarter of the previous year attributed to the negative impact of the implementation of the movement control order (MCO).

According to the group’s Bursa filing, its construction segment posted a lower profit of RM21.5 million for the quarter, compared to RM28.21 million reported previously due to a halt in construction projects from the MCO.

Its manufacturing segment reported a loss of RM9,058 for the quarter, against a profit of RM1.5 million reported previously.

For the quarter, Kerjaya Prospek’s property development segment did not contribute any revenue as its maiden project, Vista Residences was completed last year and new projects have yet to be launched

Meanwhile, its investment division reported a profit of RM1.49 million, a RM70,000 decline from the profits reported previously.

In regards to its future prospects, the group stated that with various adversities and the challenging landscape, the group’s operations and financial performance may be lower for FY20 ending Dec 31, as compared to FY19.

It stated that it will continue to monitor and implement appropriate measures to address adverse risks from the pandemic to its operations and financial performance.

Nevertheless, Kerjaya Prospek highlighted that it is supported by an outstanding order book of RM3.67 billion as at March 31, 2020, with a RM990.4 million building construction contracts secured during the quarter.

Moving forward, the group aims to focus on the construction segment to be its main revenue driver.