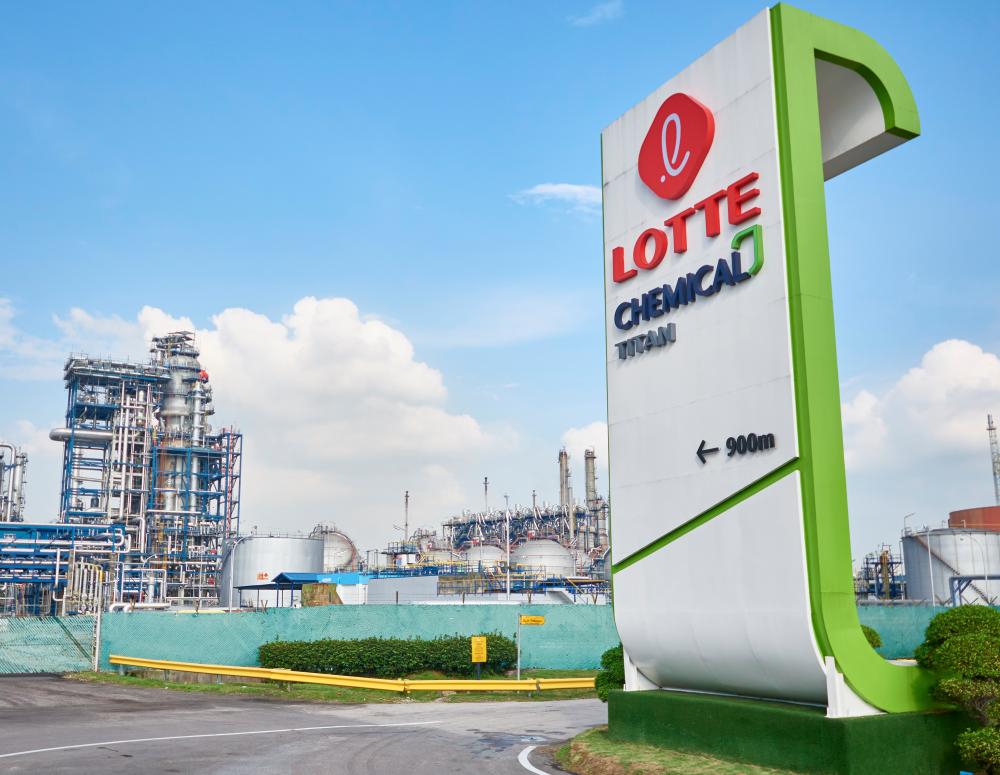 PETALING JAYA: Lotte Chemical Titan Holding Bhd’s net profit for the third quarter ended Sept 30, 2019 tumbled 57.9% to RM91.30 million from RM216.89 million a year ago, due to higher tax expense from underprovision of prior year deferred tax and no further reinvestment allowance claimable.

This resulted in higher effective tax rate of 30% from 11%.

Its revenue dropped 10.4% to RM2.17 billion from RM2.42 billion due to the decrease in average product selling prices.

Lotte cautioned that average selling prices for polymer products still remained at depressed levels from a year ago which resulted in continued profit margin compression, amid moderating global economic growth with the ongoing market uncertainties.

In addition, reshuffling of global trade flows which resulted in higher supply of cheaper polymers from the US into Asean region also continues to pressure regional product prices.

Nonetheless, its overall plant utilisation achieved 91% during the quarter, highest operational record for the past eight quarters.

The group said the management will continuously seek to maximise profits by focusing on better margin products and emphasising on various plant optimisation programmes to further improve overall efficiency and production.

Lotte president & CEO Lee Dong Woo opined that the group will be able to ride through the current market down-cycle given its healthy financial position with emphasis on long-term strategic expansion plans.

For the expansion plan in Indonesia, he said the front-end engineering design and final feasibility study had been completed and subsequently, it has determined and announced the configuration and specification for the project.

Currently, work for land preparation on project site is underway and the group expects the project tendering and construction to commence in end-2019/2020.

“The integrated petrochemical facility project with a nameplate capacity of one million tonne of ethylene per annum and other value-added downstream derivatives will significantly increase production capacity upon completion by 2023. Over the next five years, the advancement of our company’s growth plan will result in capacity expansion, affirming our position as a top-tier petrochemical company in Southeast Asia”, he explained.

4.Business operators send SOS for those in negative list

5.While some cry foul over different SOP for unvaccinated individuals, a virologist sees it as unavoidable