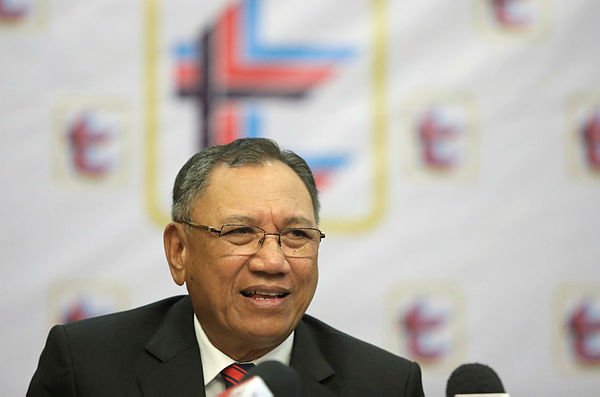 KUALA LUMPUR: The Armed Forces Fund Board (LTAT) has declared its lowest-ever dividend of 2% for the financial year ended Dec 31, 2018 (FY18) as its unaudited net profit fell 51.9% to RM221 million for FY18 compared with the restated net profit of RM459.5 million for FY17.

LTAT chairman Gen (R) Tan Sri Dr Mohd Zahidi Zainuddin said the significant decline for FY18 was a result of various factors dating back two financial years, such as restatement of FY16 and FY17 accounts, overpayment of dividends for FY16 and FY17, impact to retained earnings, negative impact from MFRS implementation and outstanding dividend from subsidiaries not received.

“I was the chief of defence forces for six years and four months 14 years ago and I’m truly emotional on what happened to LTAT,” Zahidi said at a press conference today.

“It never gives me that pleasure to announce a 2% dividend for the soldiers. I wished I could have announce a higher dividend; however that cannot be the case, which is much better than paying dividends we cannot afford to pay,” said Zahidi.

LTAT’s dividend rates announced in FY13 to FY16 ranged from 12% to 16%, but as a different base was used in calculating the dividends, previous dividends rates have been affected. When normalised, its dividends for FY13 to FY16 fell to 7.99% to 10.66%.

“From 2015 to 2016, the (normalised) dividend rate was about 8% ... it is no where near the double-digit returns of what was announced,” said LTAT chief executive Nik Amlizan Mohamed.

However, LTAT is committed to generating sustainable dividends for members of the armed forces.

Coupled with its FY18 net income of RM221 million, LTAT registered a positive retained earnings of RM38.7 million for FY18 compared with accumulated losses of RM170.8 million for FY17.

“While there have been various adjustments to our books, our assets remained intact,” Nik Amlizan said, adding that LTAT’s total assets stood at RM9.4 billion.