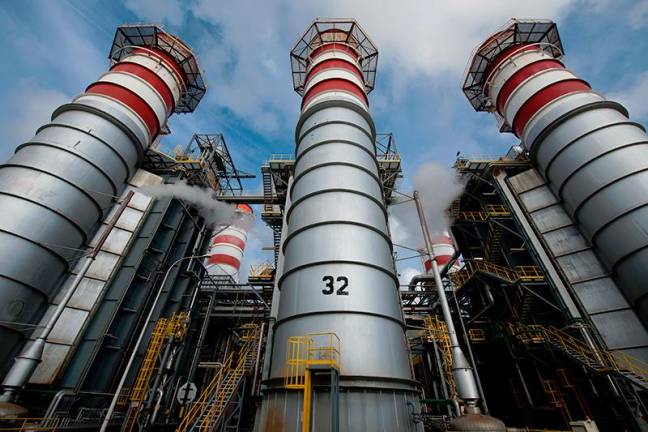 PETALING JAYA: Malakoff Corp Bhd posted a 24.5% increase in net profit for its fourth quarter ended Dec 31, 2019 to RM106.4 million, from RM85.5 million in the previous corresponding quarter, due to a one-off gain from the disposal of its investment in Malakoff Australia Pty Ltd (MAPL), which was completed on Dec 18 last year.

In a Bursa filing, the group noted that the gain was moderated by lower contributions from the Tanjung Bin Power Sdn Bhd coal plant, a higher-than-expected share of losses from Kapar Energy Ventures Sdn Bhd (KEV), and net impairment loss on carrying value of investment in KEV.

Revenue for the quarter was lower at RM1.7 billion, from RM1.89 billion previously, primarily due to lower energy payment recorded from Tanjung Bin, given the decline in applicable coal prices.

For the full year, Malakoff reported a net profit of RM320.2 million, a 16.7% increase over the RM274.4 million seen a year ago. Revenue also rose to RM7.4 billion, from RM7.3 billion previously.

The group attributed the higher year-on-year earnings to improved contribution from the Tanjung Bin Energy Sdn Bhd coal plant, lower barging and demurrage costs following completion of the coal unloading jetty, gain on remeasurement of existing investment in Shuaibah and one-off gain from the disposal of the group’s investment in MAPL.

The group said it will continue to expand its footprint in the renewable energy sector in line with the government’s target to increase the RE generation capacity to 20% by 2025.

“The group will continue to drive operational excellence in all its power plants to enhance their reliability and efficiency.

“Our Tanjung Bin Energy coal power plant had successfully achieved unscheduled outage rate below the 6% threshold as at Dec 31, 2019 post completion of major maintenance and rectification works during the year,”

In December 2019, the group also won bids for its small hydro power projects with a total capacity of 55MW in Pahang through a competitive feed-in tariff e-bidding by the Sustainable Energy Development Authority.

3.Gun-toting Taliban mingle with families and kids at Kabul Zoo