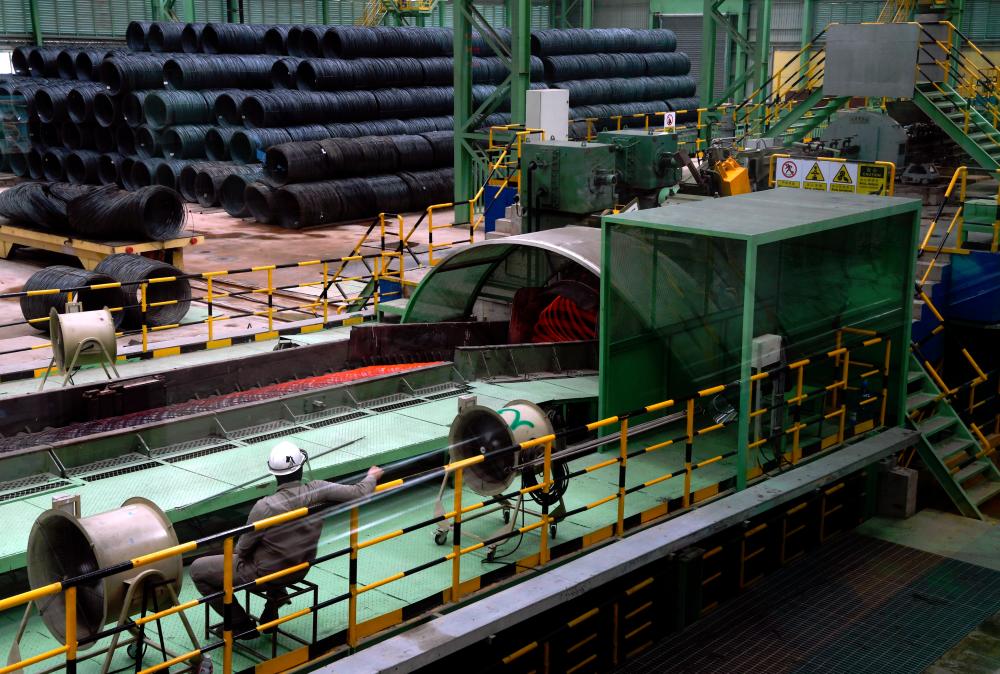 View inside a steel plant in Gebeng, Pahang. Mida says Malaysia continues to be a competitive location for manufacturing projects. BERNAMAPIX

KUALA LUMPUR: Malaysia attracted a total of RM139.3 billion worth of investments in the manufacturing, services and primary sectors in the first nine months of 2018, up 18 per cent from RM118.1 billion approved in the same period last year.

In a statement today, Malaysian Investment Development Authority (Mida) said the total investments approved in January-September 2018 were from 3,243 projects, which are expected to generate 93,379 job opportunities for the country.

“Approved foreign direct investments (FDI) increased by 109.7% to RM64.1 billion in January-September 2018 from RM30.5 billion in the same period last year, mainly driven by the manufacturing sector which recorded a strong increase of 249.4% in the period.

“Approved FDI in the primary sector rose by 99.3% which indicated that investor confidence in Malaysia remains high despite the challenging global economic environment. Domestic investments led with RM75.2 billion, contributing 54% to the total approved investments in all three sectors,” it said.

Mida said Malaysia continued to be a competitive location for manufacturing projects with a total of 468 projects worth RM59.1 billion approved in January-September 2018, compared with RM34.6 billion involving 463 projects in the corresponding period in 2017, representing an increase of 70.5% in capital investments.

“Foreign investments approved in the manufacturing sector recorded a total of RM48.8 billion for January-September 2018, a rise of 249.4% from RM13.9 billion in the same period last year.

For the services sector, Mida said approved investments amounted to RM69.9 billion compared with RM74.2 billion recorded in the corresponding period in 2017, consisting of 2,721 projects, which are expected to create 50,896 job opportunities.

“Domestic investments made up the largest portion, recording RM60.4 billion or 86.4% of the total approved investments for the services sector during this period. The balance of RM9.5 billion were from foreign sources. 5.Overcoming dyslexia with the right strategy