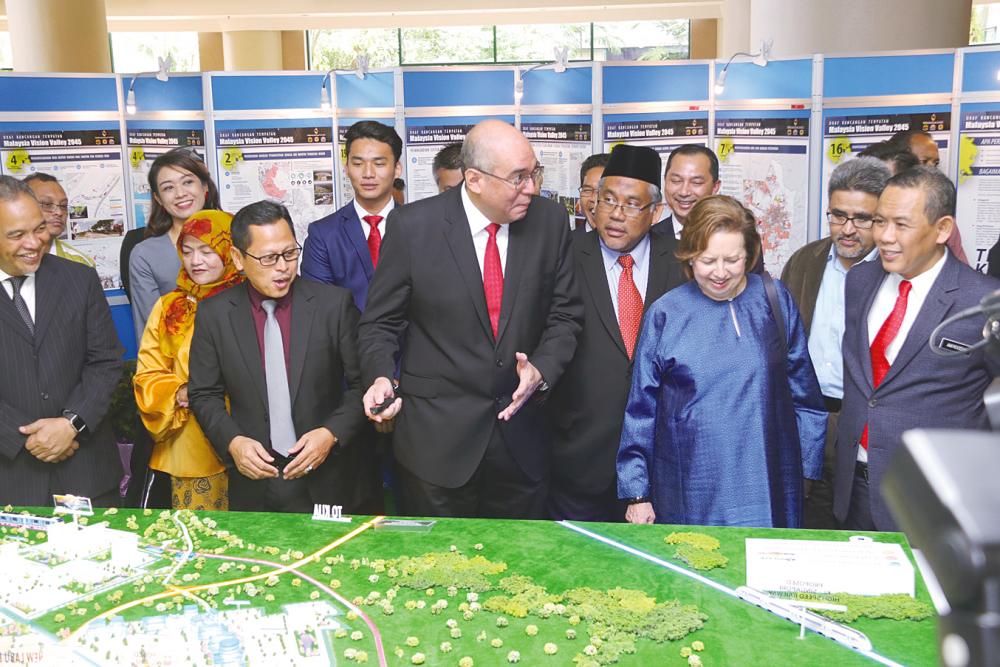 PETALING JAYA: The Malaysia Vision Valley 2.0 (MVV 2.0) project was officially launched today, after being shelved, reintroduced and restructured over the past nine years.

In a statement issued today, master developer Sime Darby Property Bhd said it is planning for the development of a high-tech and industrial park, which is the first “heartbeat project” among the six identified within the first phase of development to be activated.

“Sime Darby Property will be under-taking this project as the master developer, which allows us to extract and enhance the value of our land bank within the MVV 2.0 development area,” said Sime Darby Property chairman Tan Sri Zeti Akhtar Aziz.

“We will take on key projects that will become among the principal drivers of the country’s future economic growth and social development. The company’s significant role in MVV 2.0 is a continuation of our commitment towards the develop-ment of Negri Sembilan,” she said.

The state-led private sector-driven development is envisioned to be a world-class metropolis that is competitive, inclusive and clean, and aims to attract international and local investors, creating job and business opportunities. The overall development spans 379,087 acres covering the districts of Seremban and Port Dickson.

Sime Darby Property currently owns 2,838 acres within the MVV 2.0 and has the option to acquire another 8,796 acres from Sime Darby Bhd within five years from the date of its listing. The first phase of MVV 2.0 spans over a 30-year development period covering 27,000 acres.

MVV 2.0 is part of the National Physical Plan, where it has been identified as one of the 17 promoted development zones to be given priority at national level. It is also part of the State Structure Plan, aimed at positioning the Seremban and Port Dickson districts as extensions of Greater Kuala Lumpur.

Officiated by Negri Sembilan Mentri Besar Aminuddin Harun, the launch also saw the unveiling of the Comprehensive Development Plan (CDP) for MVV 2.0 and the publicity for its local plan.

The CDP defines the growth develop-ment plan for MVV 2.0, along with its catalytic development focus, economic and social benefits, and sustainability and environmental aspirations. It also prioritises various aspects of economy, environment and social development within MVV 2.0.

Also launched yesterday was the publicity for the MVV 2045 Local Plan, which sets out land use zoning and development initiatives to take MVV 2.0 forward. It includes action plans for the en-hancement of the environment, accessibility, infrastructure, liveability and in-dustries within the MVV 2.0 development region.

“The preparation for MVV 2.0 is inclusive as it provides an opportunity for the surrounding communities to give their views and ideas for the overall planning of MVV 2.0. The development plans have also been restructured to enhance some of the major project development clusters to promote high-tech investments which are aligned with our national aspirations.

“The projects undertaken will serve as catalysts to the development of MVV 2.0. It is also aligned with the 11th Malaysia Plan Mid-Term Review where emphasis will be given to the high-tech industry segments which also covers the aerospace industry,” said Aminuddin.

Previously known as Sime Darby Vision Valley, the project originally had an estimated gross development value of RM25 billion to RM30 billion. Under the master plan unveiled back in 2009, the project originally took up over 32,000ha to be developed over 20 years. The project was revived when the previous government announced in Budget 2016 that it would develop Malaysia Vision Valley with an initial investment of RM5 billion.