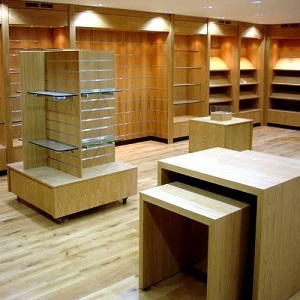 PETALING JAYA: The Malaysian furniture sector appears to be emerging as a clear winner of the trade diversion arising from the US-China trade war, but share prices of furniture stocks remain lacklustre.

According to AmInvestment Bank Research (AmResearch), it is understandable as such players generally have small market capitalisation and share liquidity. In addition, the sector is under-researched and lack investor relations initiatives.

The research house said as furniture exports from Malaysia are spared from the tariff spat, it translates into a tremendous price advantage for Malaysian furniture exporters over their Chinese peers in the US market.

“We gathered from furniture companies we met up with recently that they have indeed benefited from the trade diversion from the ongoing US-China trade war.”

AmResearch observed that the furniture exporters have seen increased orders in their operations in Malaysia and some players have also seen a similar trajectory for their expanded operations in Vietnam.

“Poh Huat Resources for instance, has guided for its sales to the US from its Malaysian operations to increase by another 30% in October 2019, after surging by a third in FY18,” it said.

The company has spent close to RM20 million in capex for its Malaysian operations over the last 24 months, a four fold increase from the amount spent in 2016-2017.

A similar trajectory can be seen in Homeritz, a relative newcomer to the US market, as it has signed eight new customers so far in 2019.

The company is embarking on an expansion plan that will come onstream over the next three to five years, subject to the demand from its customers.

Worth to mention is that key Malaysian furniture players already have a significant presence in Vietnam.

However, the research house is mindful of the risk that the US Department of Commerce could impose duties on Vietnamese goods to stamp out the rerouting of Chinese goods to the US.

“This could completely erase the price advantage of Malaysian players in Vietnam over Chinese players,” it said.

AmResearch highlighted that Malaysian furniture manufacturers could capitalise on the situation by entering into a genuine joint venture model with Chinese parties, aside from the usual “rerouting” model.

It explained that in such partnerships, the Malaysian partner could provide land and buildings, labour and local knowledge including the supply chain.

The research house noted that Vietnam has been the top choice for relocation from China given its low wages, a sizeable workforce and domestic market.

However, the influx of foreign investments has pushed up land prices and labour costs, created bottlenecks along the supply chain and choked the public infrastructure.

“This brings foreign investors’ attention to the alternatives such as Malaysia, Thailand, Indonesia and South Asia.”

On another note, AmResearch is mindful of the potential competition posed by foreign players (particularly the Chinese) if they decide to set up their manufacturing plants in Malaysia.

“In the case of wood-based furniture under the blue-sky scenario, it takes a foreign player only about 18 months to build the factory, train the workers and commence production. Armed with capital and efficiency (driven by scale and technology, particularly automation), they will surely give the local players a run for their money,” it said.

AmResearch believes the only way the local players can defend their turf is to boost efficiency (including investment in auto-mation to counter the ever-rising labour cost), step up product innovation and offering and expand their global market reach.

2.Financial woes have overtaken infidelity as No. 1 reason for divorce as cases spike amid pandemic

4.One dead, seven injured in second shooting at Louisiana university in a week