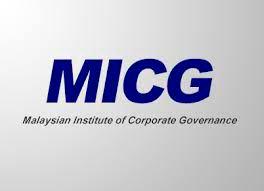 The institute opined that the group’s resorting to the process to remove an auditor when the executive is unhappy with the audit findings is not appropriate.

“The central purpose of the external audit is its independent adoption of the relevant professional and ethical accounting standards and reporting accordingly on the findings. That independence should not be undermined,” MICG deputy president David W Berry said in a statement today.

MICG elaborated that the external auditor is obliged to ascertain whether the company’s accounts represent, in its opinion, a true and fair view of the concern’s financial status. With the case in question, it noted the financial values are significant which adds to the need for the auditor’s independent opinion.

“Criticising the auditors for addressing their concerns to the company’s independent directors is perverse, therefore, when that is exactly to whom the auditor is expected to direct any concerns.”

directors raises questions, as more clarification is needed on the audit committee’s finding as well as its recommendation to the board and this should be revealed to the shareholders during the EGM. The call for an EGM for this purpose by a non-independent director (albeit non-executive director) who appears to be in agreement with the managing director’s position, raises conflict concerns.

It is MICG’s view that in this scenario, none of the directors who are shareholders, should vote in the matter, irrespective of whether they are executive or non-executive, independent or non-independent. It should be for other shareholders to hear both viewpoints and vote accordingly.

Furthermore, it recommended that more information should be provided to the shareholders to facilitate a proper understanding of the dispute before any vote.

The institute views the conduct of an independent review as an appropriate action with professional and ethical standards identical to those applicable for a statutory audit.

“In this regard the appointment of BDO is a correct step, but KPMG should remain on board, to provide any information and clarification that may be required. Additionally, any committee set up by the board with oversight on the matter, when referred to as an ‘independent’ committee, should be just that – independent,” added Berry.

On the matter of due process for the removal of an external auditor, it recommended the current external auditor should provide a clearance letter to the new auditors, for them to be comfortable to take on the role.

After which the EGM will then vote on the resolution and due to the inherent conflict the institute had pointed out, it recommended that no shareholder director should be permitted to vote.

MICG noted Bursa Malaysia and the Securities Commission (SC) is reviewing the situation and will follow up on areas that are of concern vis-a-vis the board’s conduct and process, and the outcome of any independent review. It assumes some of these governance issues highlighted will be included in their review.

“Additionally, from the perspective of the current external auditor and future independent consultant/auditor, we have no doubt the SC’s audit oversight board will be keeping a watchful eye on the audit conduct & process, the independent review, and the findings of both processes.”

For the second consecutive day, Serba Dinamik shares hit limit-down today. The stock closed at 83.5 sen, a 29.5 sen or 26.11% decline from its previous close with over 1.65 billion shares changing hands, making it the most actively traded stock today. It was also the fifth top loser on the bourse.

Serba Dinamik today clarified that the termination of the services of its external auditor was initiated by its substantial shareholder and director, Datuk Abdul Kadier Sahib.

“We are aware of the articles by media house that the board of directors have requested the resignation of KPMG PLT as auditors, which may have been interpreted out of context,” it said in stock exchange filing.

The group also highlighted that the appointment of an independent firm will continue as planned to conduct a special independent review to assess the veracity and accuracy of the matters pertaining to the statutory audit raised by the external auditors.

Serba Dinamik said its board is committed to ensure that the shareholders will be provided with adequate information to make an informed decision in relation to the proposed termination of the external auditor at the coming EGM.