Margma: Export revenue to miss target this year, but to rebound next year 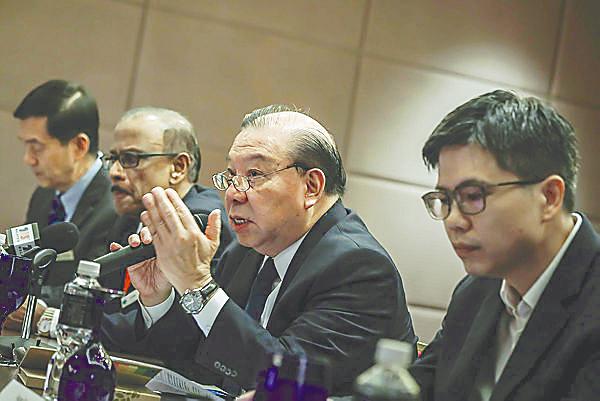 “From January to August this year, the industry recorded a total export of RM11.3 billion, 2.4% lower than the RM11.58 billion for the same period last year,” Margma president Denis Low Jau Foo said at a media briefing here today.

The total export value for 2019 is expected to come at around RM18.2 billion, lower than the association’s previous projection of RM19.88 billion.

However, Low explained that as the monsoon season and the year-end holiday season arrive, the industry will export more and at a higher price in November and December, due to the spike in year-end demand and low inventory among buyers.

“Global demand for rubber gloves is estimated to reach 300 billion gloves this year, with an expected annual growth of 12%. Of that, 188 billion gloves will be produced by Malaysia which is the world’s largest producer and the leading exporter of rubber gloves, contributing 63% of the global supply,” he added.

“There will probably be about a 10% increase in the price of gloves to between US$1.50 and US$2 per carton of gloves next year,“ he said.

This follows the challenging environment seen this year on the back of low rubber prices and the government’s policy to freeze the intake of foreign workers.

On this note, Low said that due to the freeze in foreign labour intake, many glove makers had to invest heavily in automation to fill vacancies left by workers who would complete their contract and return to their respective countries this year.

“These manufacturers are expected to start delivering results in raising productivity next year. As a result, the most productive factories are expected to realise the target of 1.5 workers to produce one million gloves earlier than targeted in 2020,” he said.

As for any impact from the US-China trade war, Low said there would not be much of a fallout, as Malaysia is still the largest supplier of rubber gloves to the United States.

“Indirectly perhaps America may want to buy more from us, but then again you have to think if China cannot sell to America where will they sell to? It’s an equalising factor,” he said.

Last month, a report by Fitch Solutions Macro Research said the trade war offered an opportunity for Malaysian medical device manufacturers to continue to position themselves as alternative producers and suppliers to China.

According to the report, local rubber glove manufacturers stand to benefit from the tariffs imposed on Chinese medical gloves.

“The US government has imposed a 15% tariff on medical gloves made in China effective from Sept 1, 2019, as a result of which US importers are seeking alternative sources of supply from other manufacturers in Asia.

“As the world’s largest producer of rubber gloves, Malaysia stands to benefit from this shift in supply chain. The US imported medical gloves valued at US$2 billion in 2018, of which around three quarters came from Malaysia and 11% from China,” the report said.