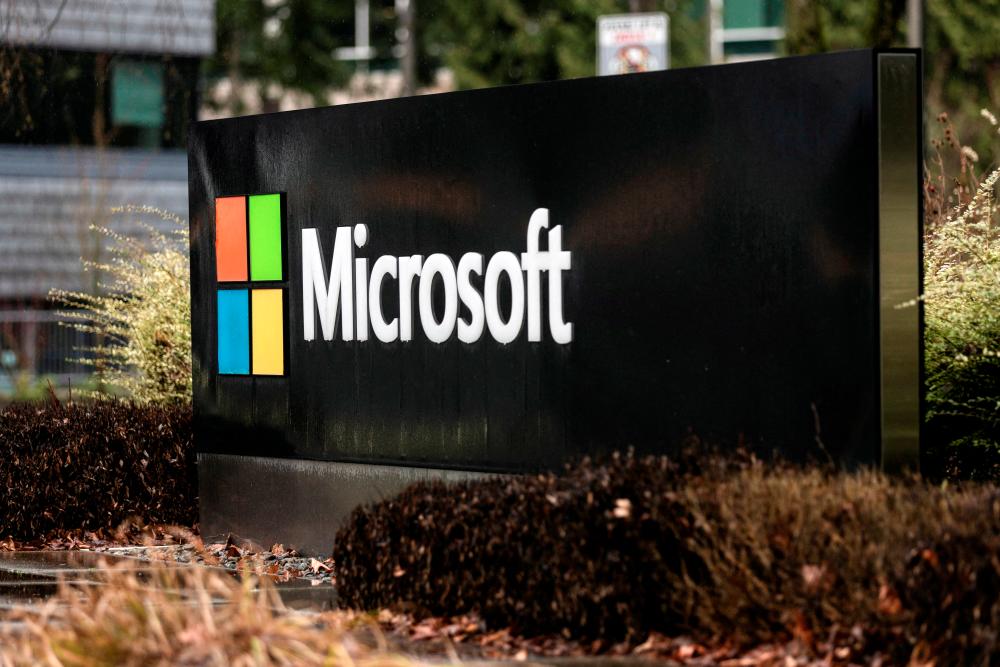 Microsoft signage is seen at the company’s headquarters in Redmond, Washington. – Reuterspic

The upbeat results from Microsoft, whose business spans cloud services, software, gaming and computer hardware, will likely allay fears of a meltdown in the tech industry which has laid off tens of thousands of employees this year in anticipation of an economic downturn.

Second-quarter net income fell 12% to US$16.4 billion (RM70.2 billion) in the quarter, but adjusted income of US$2.32 per share topped Wall Street’s consensus estimate of $2.29, according to Refinitiv calculations.

Microsoft said Azure cloud product revenue rose 31% in the quarter, in line with estimates compiled by Visible Alpha, while its broader Intelligent Cloud division posted revenue of US$21.5 billion, versus a Wall Street consensus of US$21.4 billion compiled by Refinitiv.

Azure could get a boost from cloud spending from the growth of artificial intelligence. “There’s a variety of ways that we can bring that technology either in specific offerings or to improve existing offerings,” said Brett Iversen, Microsoft’s head of investor relations, referring to OpenAI, in which the company is investing heavily.

OpenAI is behind the chatbot sensation ChatGPT which can spit out a love story in the style of Shakespeare or other prose with a text command. That model has been built with computing time on Azure as well.

“Given the challenges of the current macroeconomic environment and the concerns that things could have been much worse, I think you have to consider these Microsoft earnings a reasonably positive sign for tech overall,” said Bob O’Donnell of TECHnalysis Research.

Still, Microsoft has also joined other big tech companies in turning to layoffs to ride out harder times, announcing last week it was cutting over 10,000 jobs.

Azure growth has slowed steadily from around 50% a little over a year ago, but investors had feared worse. Shares of Amazon rose 3.25% after the Microsoft results.

Microsoft’s revenue rose 2% to US$52.7 billion in the three months ended Dec 31, compared with the average analyst estimate of US$52.94 billion, according to Refinitiv IBES.

Sales at Microsoft’s More Personal Computing segment, which includes Windows, devices and search revenue, declined 19% to US$14.2 billion as the PC market continued to shrink.