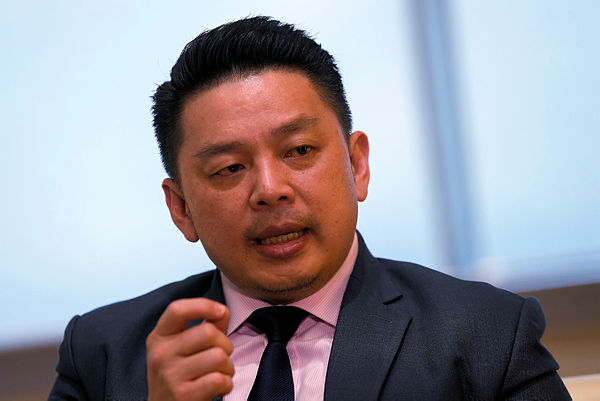 PETALING JAYA: The value of aerospace exports is expected to increase by 15 per cent this year from RM8.48 billion last year, backed by a hike in existing orders and new products, said International Trade and Industry (MITI) Minister Datuk Darell Leiking.

He said the government aims to further develop the technology for aerospace, as well as human capital capability that would support growth in the industry.

“We hope to beat our record last year but there will be challenges as the world is facing a (aerospace) phenomenon.

“I believe as we continue with our policies and (have) great companies in Malaysia such as Spirit AeroSystem Malaysia and CTRM Aero Composites, we will be able to increase, or maintain at least, our export value,“ he told reporters after his working visit to Spirit AeroSystem in Subang near here today.

Darell said the local aerospace manufacturing sub-sector has shown a positive growth since the implementation of the Malaysian Aerospace Industry Blueprint 2030.

Currently, the aerospace manufacturing sub-sector is contributing RM6.97 billion or 48 per cent of the total Malaysia aerospace industry’s revenue.

This is the highest value recorded by the aerospace manufacturing sub-sector, an increase of 8.3 per cent compared with that of 2017.

The positive growth has directly contributed to a 20.7 per cent increase in aerospace exports value of RM8.48 billion in 2018 from 2017.

In terms of investments, 11 aerospace projects with total investments of RM816.3 million were approved in 2018, of which 41 per cent were foreign investments.

The approved projects that are currently being implemented and monitored by the Malaysian Investment Development Authority (MIDA) are expected to create 2,442 jobs.

He added that MIDA is currently in talk with several companies, mostly from the United States and European countries.