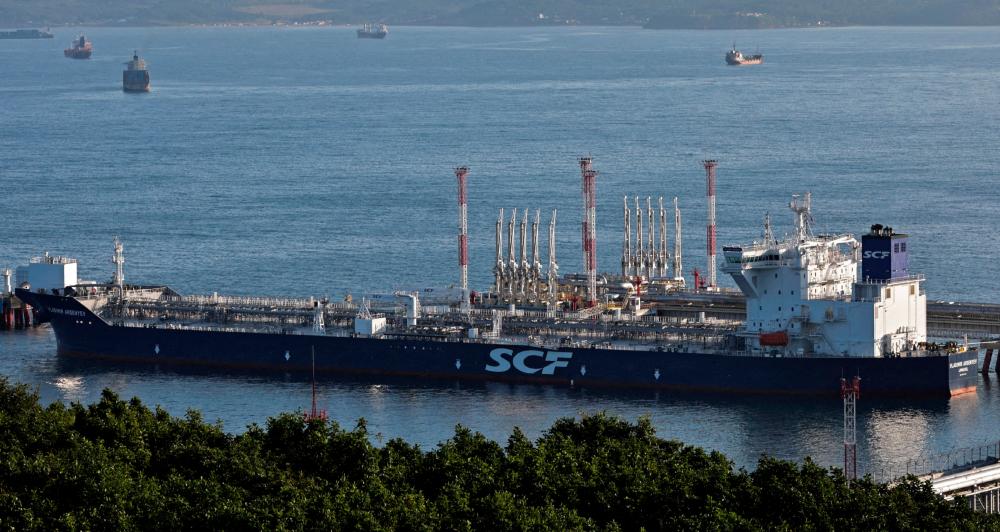 A tanker is seen at the crude oil terminal Kozmino on the shore of Nakhodka Bay near the port city of Nakhodka, Russia. – Reuterspic

HOUSTON: Oil prices fell more than 3% on Wednesday (Nov 23), continuing a streak of volatile trading, as the Group of Seven (G7) nations considered a price cap on Russian oil above the current market level and as petrol inventories in the United States built by more than analysts' expected.

US petrol stocks rose by 3.1 million barrels, according to the Energy Information Administration (EIA), far exceeding the 383,000-barrel build that analysts had forecast.

“The build in gasoline (petrol) is kind of a shock,” said Phil Flynn, an analyst at Price Futures group. “The increase in gasoline supplies suggests that maybe we’re seeing demand weakening or that gasoline is going on the rack ahead of the holidays.”

Prices were hit further by reports that the G7 price cap on Russian oil could be above the level it is trading.

G7 nations are looking at a price cap on Russian seaborne oil in the range of US$65-70/bbl, according to a European official on Wednesday.

Meanwhile, Urals crude delivered to northwest Europe is trading US$62-$63/bbl, although it is higher in the Mediterranean at US$67-$68/bbl, Refinitiv data shows.

Because production costs are estimated at US$20 per barrel, the cap would still make it profitable for Russia to sell its oil and in this way prevent a supply shortage on the global market.

A senior US Treasury official said on Tuesday that the price cap will probably be adjusted a few times a year.

The news added to concerns about demand from top crude oil importer China, which has been grappling with a surge in Covid-19 cases, with Shanghai tightening rules late on Tuesday.

“On the bright side, the OECD does not envisage a global recession and maybe this helped oil prices and stocks strengthen further,” said analyst Tamas Varga at PVM Oil Associates.

Price found some support after minutes from the Federal Reserve's November meeting showed most policymakers agreed it would soon be appropriate to slow interest rate increases. – Reuters