Poll: Malaysia’s economic growth likely to have slowed in Q1 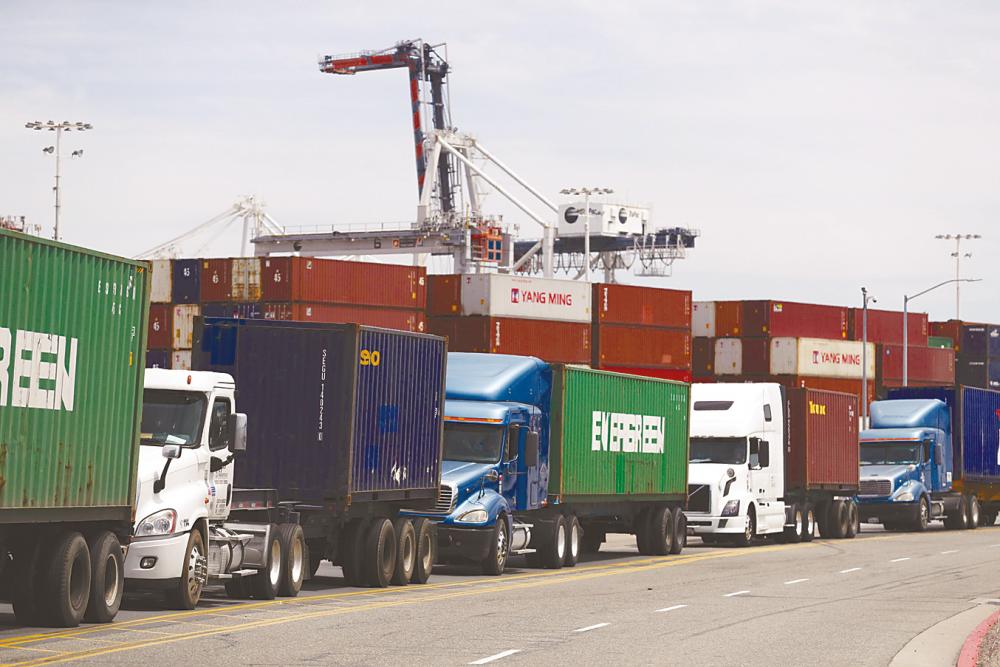 A container berth at the Port of Oakland. China on Monday announced it would impose higher tariffs on US$60 billion of US goods. – AFPPIX

KUALA LUMPUR: Malaysia’s economic growth pace likely slowed in the first quarter, due to tepid consumption and softer global demand as a result of the US-China trade war, a Reuters poll showed.

The poll of 13 economists predicted the economy will grow at a median rate of 4.3% in January-March, slower than the 4.7% pace of the fourth quarter.

Exports from Southeast Asia’s third-largest economy contracted in February and March, and will likely face sustained pressure in the coming months as the United States pursues another round of tariff increases on Chinese goods, Capital Economics said in a research note.

“Malaysia is one of the most vulnerable countries to a drop in US demand for Chinese goods, as a large exporter of intermediate goods to China,” Capital Economics said in a note on Friday.

China on Monday announced it would impose higher tariffs on US$60 billion (RM250 billion) of US goods following Washington’s decision last week to increase its own levies on US$200 billion in Chinese imports.

The fourth quarter’s better-than-expected 4.7% rate snapped a four-quarter streak of slowing growth, but Bank Negara Malaysia (BNM) has since said it expects expansion to moderate this year.

In March, the central bank cut its 2019 growth forecast to 4.3-4.8% from an earlier projection of 4.9%, on expectations of a significant drop in export demand.

Private consumption would have remained the biggest contributor to growth in the first quarter, but likely slowed as consumer sentiment deteriorated, HSBC said.

Malaysia’s consumer prices rose for the first time this year in March, gaining 0.2% from a year earlier. Analysts expect cost pressures to remain benign for the rest of 2019.

Standard Chartered said its softer growth forecast was also partly due to a higher base the previous year, especially when compared with the 5.4% pace set in the first quarter of 2018.

BNM cut its policy rate last week for the first time since 2016 to support the economy on heightening concerns about global growth, which Standard Chartered said would provide some support to growth.

“We expect Malaysia’s growth to have bottomed out in Q1 and see it picking up towards H2 as global growth momentum stabilises,” Standard Chartered said in a note on Friday.