Revenue Group to enter Myanmar by first quarter next year 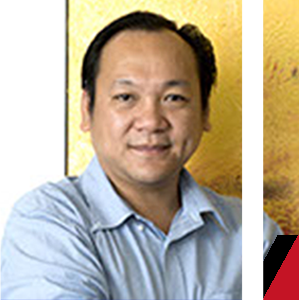 KUALA LUMPUR: Cashless payment solutions provider Revenue Group Bhd plans to make its maiden foray into the overseas market within the first quarter of next year, via its partnership with a multinational company in Myanmar.

“Right now we are waiting for feedback from the authority. We expect to get their approval in first quarter of 2019,” the group’s managing director and group CEO Eddie Ng Chee Siong told reporters after its AGM and EGM today.

“If there is any good opportunity in other Asean countries such as Thailand and Indonesia, we will also consider (venturing into these countries),” Ng added.

Previously, the group said it allocated RM1.5 million from its initial public offering (IPO) proceeds for expansion into Myanmar and Cambodia, citing early stage development in the e-payment systems there.

In total, the ACE Market-listed company raised RM20.6 million from its IPO exercise, in which the bulk of the proceeds will be used to buy 9,000 units of new electronic data capture (EDC) terminals with the capability of accepting Quick Response payment.

However, Ng noted that there is no new development on its expansion plans into Cambodia at the moment.

He said the group’s businesses are concentrated in Malaysia and a majority of the group’s revenue is derived locally.

On its financial performance for financial year ended June 30, 2019 (FY19), Ng said the group is optimistic on its outlook as it aims to execute all of its existing contracts and expects more merchants to embrace cashless payment going forward.

Additionally, he said the group’s recent partnership with Public Bank Bhd to launch an all-in-one digital payment terminal is expected to be one of the main drivers to the group’s double-digit revenue growth target for FY19.

“Currently, we are also working with Hong Leong Bank on a similar contract we concluded with Public Bank. Hopefully, we can roll out the machines by end of this year.

“Because the more terminals we deploy, the more transactions it will gain and the more recurring income (we will get) from the banks’ site,” Ng added, noting it has sold 5,000 units of EDC terminals to Hong Leong Bank previously.

The group’s revenue grew 33% to RM35.36 million in FY18, compared with RM26.5 million in FY17 mainly due to higher revenue recognised from its three core business segments.

Its three business segments include the distribution, deployment, and maintenance of EDC terminals, electronic transaction processing services for credit and debit cards as well as solutions and services related to payment infrastructure.

The group serves more than 10 financial institutions. Its clients include physical and online store merchants.