They can now buy a house, thanks to Bank Negara fund 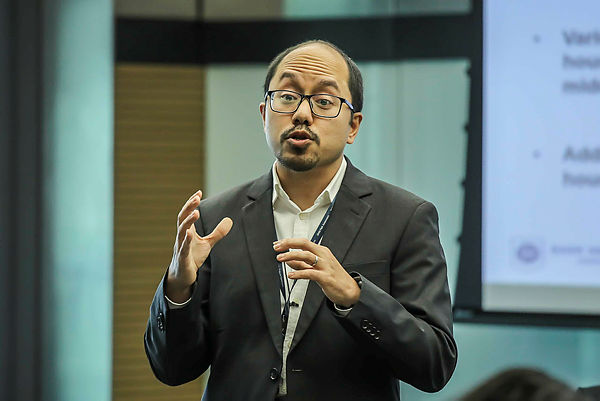 Speaking to the media during an engagement session yesterday, Qaiser said the fund was eligible for those with a monthly income of up to RM4,360 and were interested in purchasing properties priced up to RM300,000 from the primary market.

The fund also provides a financing rate of 3.5% per annum, with a 40-year loan tenure (or up to 70 years of age), which will reduce the amount paid for instalments every month.

It should be noted that the fund is used to partially subsidise applicants’ housing loan rate, as opposed to financing the cost of the property.

BNM had initially announced the fund’s establishment on Nov 2, 2018, and will be available for two years from Jan 2, 2019 or until the RM1 billion fund is completely utilised.

Housing affordability remains a major hurdle for people intending to own a house, Qaiser said, with houses in Malaysia considered “seriously unaffordable” by international standards.

“A house is deemed affordable if it is priced not more than 3 times of annual household income. In 2012, Malaysia’s house price-to-household annual income (ratio) was 3.9 times, and it had increased to 4.8 times in 2016,” he said.

Meanwhile, Qaiser said that while Malaysia’s household debt stands at 82.2% of GDP, debt levels have moderated from the 2015 peak of 86.9% of GDP.

“However, aggregate level of indebtedness among Malaysian households remains high relative to regional and rating peers, and some high income nations,” he said.

According to data from BNM, 54.4% of household borrowings is for wealth accumulation, primarily to buy a house. Of that percentage, 55% of borrowers took loans to purchase a property priced below RM300,000.

Nevertheless, Malaysian households continue to be resilient with their financial position remaining intact, said Qaiser, with liquid financial asset-to-debt ratios standing at 1.5 times on an aggregate level and an improving loan impairment ratio of 1.3%.