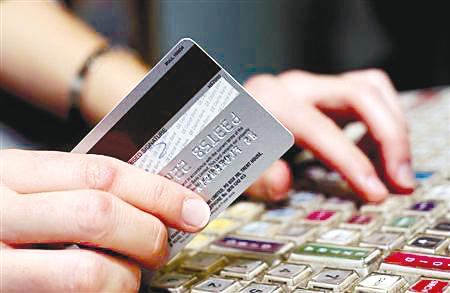 Be diligent about tracking your expenses. – REUTERSPIX

PETALING JAYA: Bankruptcy statistics in Malaysia, particularly for those between 25 and 34 years old, are a cause for concern, especially when the situation is entirely avoidable.

There are a number of reasons youth can find themselves in financial distress, and part of that is due to lifestyle choices and not tracking spending habits, said Ascendur Bistari Sdn Bhd licensed financial planner Jon Ti Yi Hong.

“Most of the time, for this age group, it’s rare to see good cash flow budgeting and most of them don’t know how they spend their money. Sometimes they also tend to overcommit to certain things, and coupled with overusing a credit card, it can lead to quite a big mess,” Ti told SunBiz.

He explained that for those who had just joined the workforce, they would likely have a low starting salary, and as such, taking on too many financial commitments or spending too quickly would also very quickly lead to insurmountable debt.

VKA Wealth Planners Sdn Bhd licensed financial planner Pang Wan Khim pointed out that while most youths tended to have a “you only live once” mentality leading to irresponsible spending, becoming a guarantor to friends and family can also be a factor.

“You should be careful about agreeing to be a guarantor for anyone because it may not be wise to tie our financial future to another person’s skill and knowledge to manage their money,” she said in an email response to SunBiz.

However, Finwealth Management Sdn Bhd director of financial planning Felix Neoh said there was also the issue of loan repayments to consider.

“I would guess that for those just starting out, there are PTPTN (higher education) loans that they may have already started repayments for, and with low starting salaries together with high living expenses, I think that’s where they put themselves into problems.”

“There is also a rising trend of banks and financial institutions ramping up activities when it comes to lending in the personal loan space,” he said.

According to monthly statistics on Bank Negara Malaysia’s website, the amount in loans applied for in August 2019 for personal use stood at RM6.15 billion, from RM6.67 billion in August 2018.

Total loans applied for credit cards was at RM3.77 billion in August 2019, from RM4.73 billion at the same time last year.

Of loans approved, RM2.41 billion was for personal use, from RM2.12 billion in August 2018. Credit card loan approvals however dropped to RM1.57 billion, from RM1.7 billion on a year-on-year basis.

Bearing these factors in mind, there are some practical ways for young people to make sure they stay on top of their finances.

Pang said that while the most obvious thing to do might seem to be avoiding having liabilities, this is not realistic as there definitely would be circumstances in which loans would have to be taken on.

“So the better question is, how can a person avoid abusing the credit facility that is available? Most people have a belief in saving the balance they have. When we have this strategy, we may not get to save any if there is no balance left after spending.

“Hence, the easier and sure-work way is to save before you spend. It will be more effective when we automate this process and keep these savings in accounts that are not so accessible to our hands,” she said.

“Tracking expenses is important. There are so many apps available for free on our smartphones, but no matter which app you use, you must be diligent about it. Then once you are in this habit of tracking, over time, you will be able to see what you might be overspending on,” said Neoh.

The importance of financial literacy also cannot be ignored, Neoh said, but currently, such programmes are organised on an ad-hoc basis and there is often no follow-through after a programme has been completed.