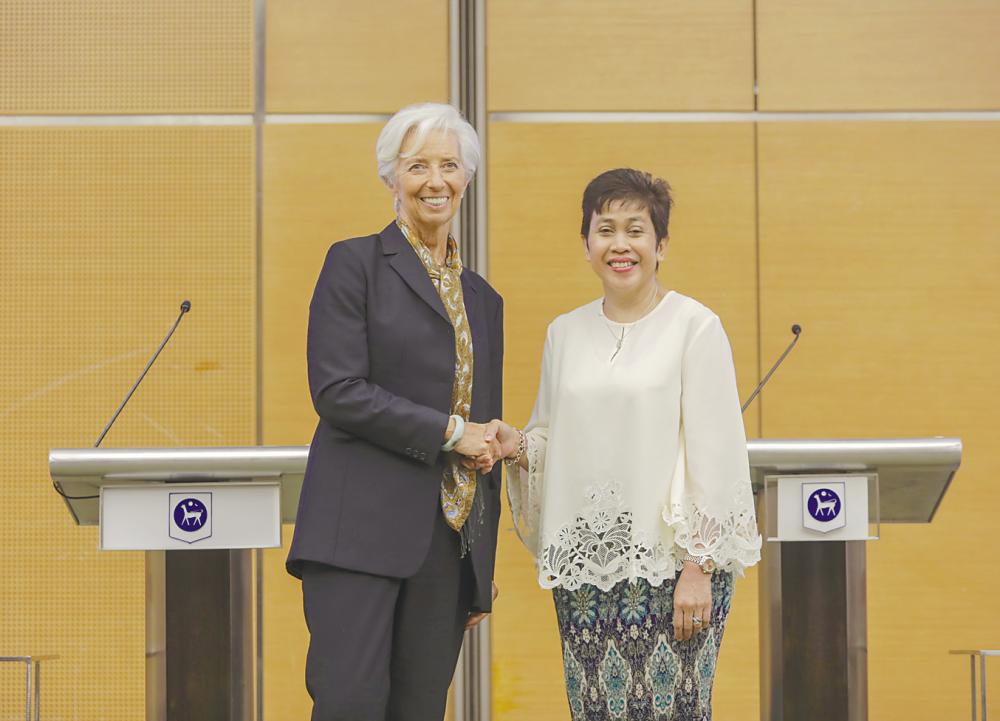 “I think what’s important from that aspect is to also take into account the medium and the longer term, to see really what is the certainty and likelihood of those trade diversions to actually anchor into the development of countries,” she told reporters during her visit to Bank Negara Malaysia today.

She said a short-term fix, which may seem like a great opportunity for some countries, will not necessarily develop into a longer term development that will result in government expenditure and foreign direct investment that could contribute to the real development of economies, and stressed that there are no winners in a trade war.

“You don’t associate trade war with increased well-being for people with additional growth, with more inclusive growth and with predictability and certainty, without which investors generally do not invest, traders do not trade and consumers do not consume,” she added.

Lagarde, who will be participating in the G20 Summit in Japan this week, said that trade tensions could have significant impact on global growth and any positive move towards resolving the current trade tensions between the US and China would be welcome.

“The work that we have done at IMF indicates that we could fear a reduction of 0.5% of global growth in 2020 as a result of the 25% tariff increase on all the trade there is between the US and China. And given the slow growth that we have observed this year, we certainly would hope that growth will not be reduced as a result of trade tensions,” she said.

On Malaysia’s growth, Lagarde high-lighted its return to fiscal discipline, among other goals achieved since the general elections last year.

“We are pleased to see that the 2019 Budget returned to fiscal discipline in order to make sure that the country is rebuilding its buffers just in case there is rainy days to come. I would also certainly exchange views and compare notes with Prime Minister Dr Mahathir concerning his anti-corruption and governance agenda,” she said.

Lagarde said the IMF, in its review of the Malaysian economy, had also made some recommendations, in particular that governance principles be entwined and embedded in the legal system as it is the best way to ensure that it will survive the passing of time and change of authorities in many decades to come.

“It’s a legacy that is critically important. I’m sure Dr Mahathir would be pleased to see his legacy actually embedded in the legal system,” she added.

Lagarde said the government’s other achievements include the fight against corruption and improvement in governance, which are among the Prime Minister’s leading proposals.

Despite the IMF’s growth forecast of 4.5% for Malaysia this year, which is due to the trade tensions and downside risks on the horizon with Malaysia being part of the global supply chain, Lagarde said she is impressed by the recent development of the Malaysian economy.

“As I said earlier on today when I visited Universiti Malaya where I gave a speech, I’m hoping that the Malaysian economy will be as successful and as tasty and rich as laksa, which was the theme of our remarks this morning with additional ingredients including governance and fight against corruption, higher and better education for all the Malaysian young and not-so-young people as well, and the improvement of the role of women which I’m pleased to see, is also one of the goals that Dr Mahathir is pursuing going forward,” she said.

In terms of inter-Asean trade, she said intra-regional relationships can be improved no matter how diverse and geographically scattered the countries are, as it is a strength that cannot be ignored and which the IMF is supportive of.