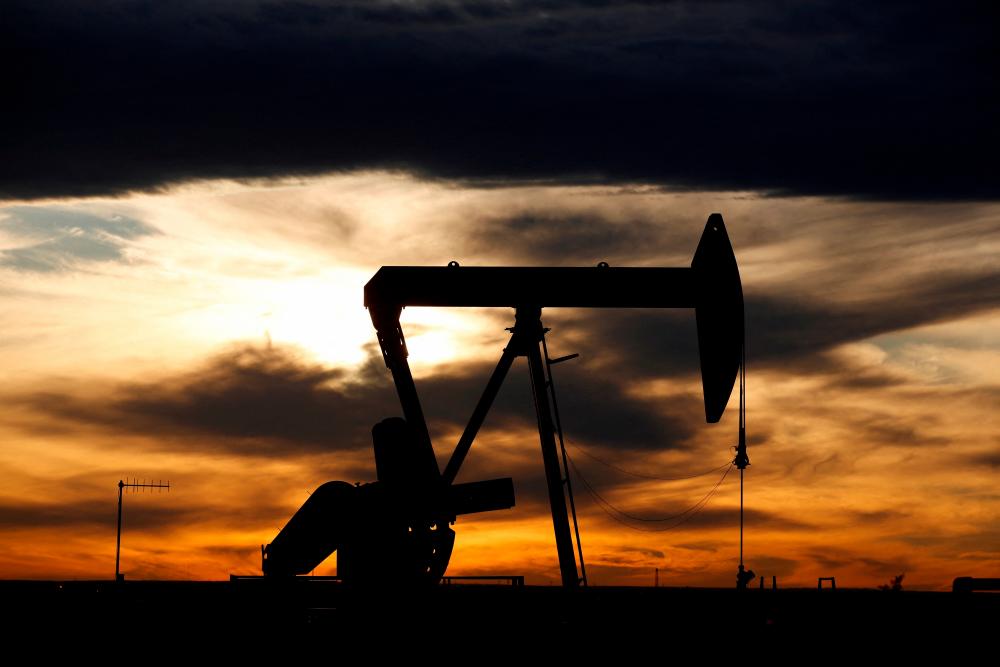 The sun sets behind a crude oil pump jack on a drill pad in the Permian Basin in Loving County, Texas. – Reuterspic

NEW YORK: Global oil benchmarks pulled back from their lowest levels in nearly a year on Monday (Nov 28), with US crude ending positive, bolstered by talk of an Opec+ production cut that offset concerns about strict Covid-19 curbs in China, the world’s biggest crude importer.

“The word on the street is there’s rumour that Opec+ is already starting to float the idea of a production cut on Sunday,” said Matt Smith, lead oil analyst at Kpler. “That’s helped reverse losses that were caused overnight by Chinese protests.”

Analysts at Eurasia Group suggested in a note on Monday that weakened demand out of China could spur Opec (Organization of the Petroleum Exporting Countries) and allies including Russia to cut output after reducing supply in October.

“The decision will depend on the trajectory of the oil price when Opec+ meets and how much disruption is evident in markets because of the EU sanctions,” the group wrote in its note.

Opec+ will meet on Dec 4. In October, Oec+ agreed to reduce its output target by 2 million barrels per day through 2023.

The rumours of a possible cut outweighed an earlier sell-off built on the weak outlook out of China, where hundreds of demonstrators and police clashed on Sunday over strict Covid restrictions that have limited free moment among millions of residents.

China has stuck with President Xi Jinping’s zero-Covid policy even as much of the world has lifted most restrictions.

“Pretty much every time we have a multiple percentage point move lower, you’ll see the specs come in in the afternoon and buy the dip,” he said.

Group of Seven and European Union (EU) diplomats have been discussing a price cap on Russian oil of between US$65 and US$70 a barrel, with the aim of limiting revenue to fund Moscow's military offensive in Ukraine without disrupting global oil markets, and will meet again on Monday.

However, EU governments were split on the level at which to cap Russian oil prices, with the impact being potentially muted.

The price cap is due to come into effect on Dec 5 when an EU ban on Russian crude also takes effect. – Reuters