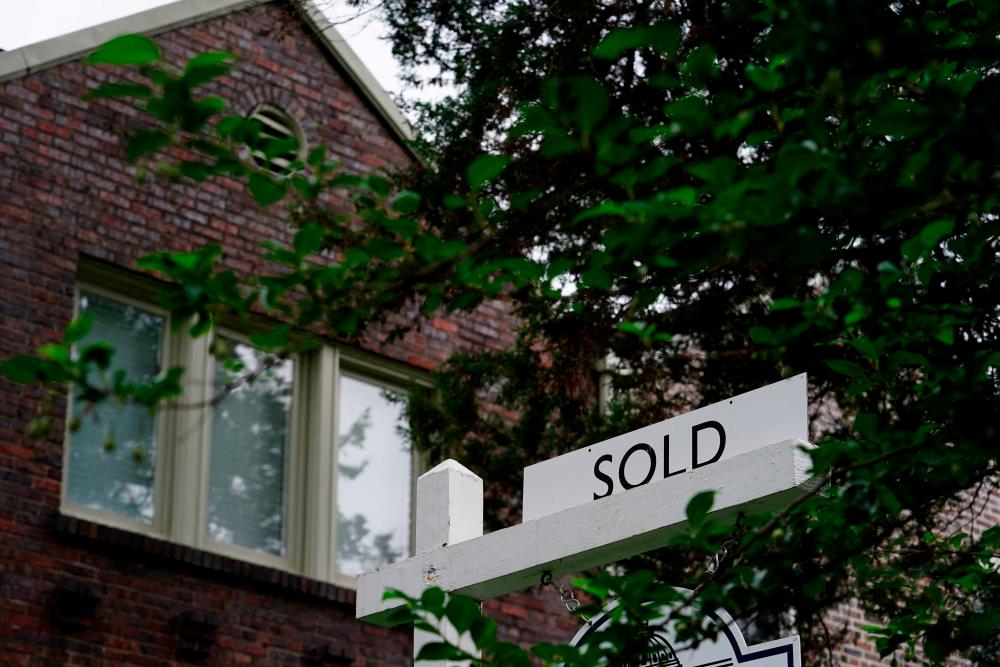 A Commerce Department report shows new home sales, which account for 12.5% of US home sales, rebounded 7.5% to a seasonally adjusted annual rate of 632,000 units in October. – Reuterspic

WASHINGTON: The number of Americans filing new claims for jobless benefits increased to a three-month high last week amid rising layoffs in the technology sector, but that likely does not suggest a material shift in labour market conditions, which remain tight.

Economists urged against reading too much into the rise in weekly unemployment benefit claims reported by the Labor Department on Wednesday (Nov 23), noting the data tend to be volatile at the start of the holiday season as companies temporarily close or slow hiring. Claims remain in line with pre-pandemic levels.

“It’s certainly possible that layoffs are helping to boost increases in claims filings,” said Isfar Munir, an economist at Citigroup in New York. “While this could be interpreted as evidence of a softening labour market, we would caution against this. The holiday season introduces a great deal of volatility into this data. It may be hard to disentangle the impact of seasonal patterns versus layoffs until January.”

Initial claims for state unemployment benefits rose 17,000 to a seasonally adjusted 240,000 for the week ended Nov 19, the highest level since mid-August. Economists polled by Reuters had forecast 225,000 claims for the latest week.

Moody's Analytics estimates the break-even level for claims at around 270,000. The jobs market has remained resilient in the face of the Federal Reserve’s (Fed) most aggressive interest rate-increasing cycle since the 1980s aimed at curbing high inflation by dampening demand in the economy.

Economists say massive swings because of the Covid-19 pandemic had distorted the seasonal adjustment factors, the model that the government uses to strip out seasonal fluctuations from the data.

According to Brean Capital senior economic adviser Conrad DeQuadros, seasonally adjusting the raw claims data with the average of the adjustment factors for 2005 and 2011, years that the calendar aligned with in 2022, would have resulted in claims rising only 3,000 last week.

“Nonetheless, the claims data should be closely watched in the coming weeks to see if this rise in claims is anything other than noise or poor seasonal adjustment,” DeQuadros said.

There has been an increase in layoffs in the technology sector, with Twitter, Amazon and Meta, the parent of Facebook, announcing thousands of job cuts this month. Companies in interest-rate sensitive sectors like housing and finance have also been sending workers home.

Unadjusted claims shot up 47,909 to 248,185 last week. They were boosted by a 5,024 jump in California, likely reflecting the technology sector job cuts. There were also big increases in filings in Georgia, Illinois, Minnesota, Iowa, New York, Ohio and Michigan.

Economists, however, did not expect the technology sector layoffs would be a major drag on the labour market and the overall economy. They noted businesses outside the technology and housing sectors were hoarding workers after difficulties finding labour in the aftermath of the Covid-19 pandemic.

This was acknowledged by some Fed officials in minutes of the US central bank’s Nov 1-2 policy meeting published on Wednesday. The minutes showed “these participants noted that this consideration had limited layoffs even as the broader economy had softened or that this behavior could limit layoffs if aggregate economic activity were to soften further.”

With 1.9 job openings for every unemployed person in September, some of the workers being laid off could find new employment quickly.

The claims report also showed the number of people receiving benefits after an initial week of aid increased 48,000 to 1.551 million in the week ending Nov. 12.

There were also signs of resilience in business spending on equipment, one of the two pillars of support for the economy. A separate report from the Commerce Department showed orders for non-defence capital goods excluding aircraft, a closely watched proxy for business spending plans, rose 0.7% in October. These so-called core capital goods orders decreased 0.8% in September.

Shipments of core capital goods jumped 1.3% after dipping 0.1% in September. The report added to strong retail sales last month in suggesting that the economy continued to expand, though risks of a recession next year are mounting as the Fed's rate hikes are seen stifling demand.

A survey from S&P Global on Wednesday showed its flash US Composite PMI Output Index, which tracks the manufacturing and services sectors, contracting further in November, with a measure of new orders dropping to its lowest level in 2½ years.

“The recession is not here today, but we continue to believe that economic conditions will deteriorate in 2023,” said Oren Klachkin, lead US economist at Oxford Economics in New York. “The recession will be a ‘garden variety’ downturn because there are no glaring household or corporate sector imbalances.”

There was some rare goods news on the housing market, which has been pummelled by soaring mortgage rates. A fourth report from the Commerce Department showed new home sales, which account for 12.5% of US home sales, rebounded 7.5% to a seasonally adjusted annual rate of 632,000 units in October.

“Although demand has fallen when compared to a year ago, many buyers are waiting in the wings for either a downward price adjustment or for mortgage rates to fall,” said Orphe Divounguy, senior economist at Zillow in Seattle. – Reuters