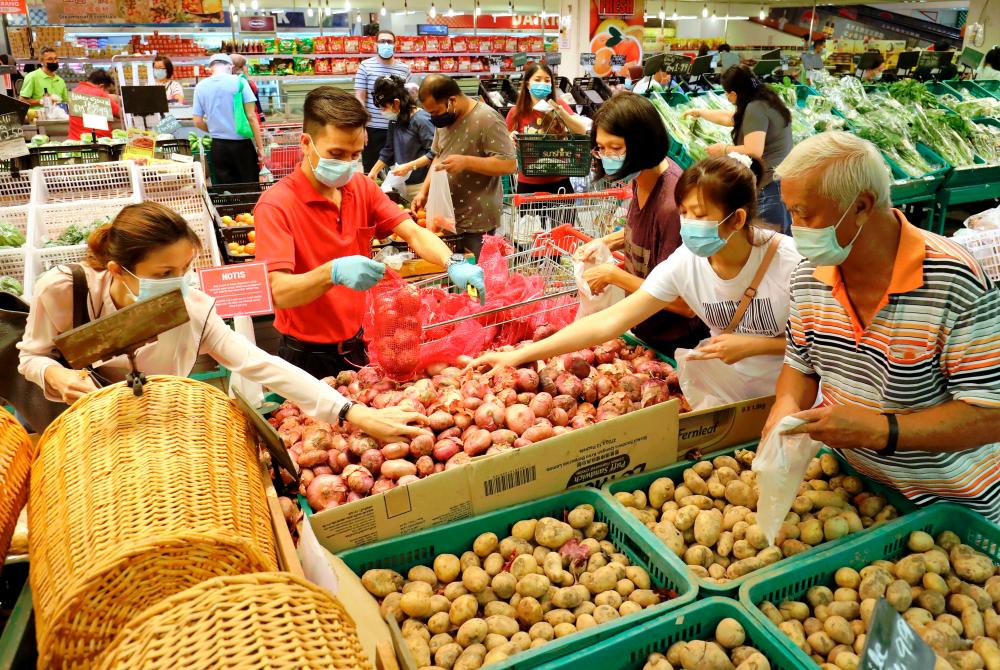 PETALING JAYA: The World Bank has revised Malaysia's 2022 gross domestic product (GDP) growth forecast upwards to 6.4% from 5.5% previously on the back of high, above-expected performance in the first half of 2022 (H1’22) as the positive momentum is expected to spill over to the second half of 2022, although the expansion is fragile.

World Bank lead economist for Malaysia Apurva Sanghi explained that the above-forecast growth in H1’22 was driven by high second-quarter growth (8.9%) due to the full reopening of the economy.

“Starting from April 1, the one-off special withdrawals from EPF supported domestic consumption as well as robust export growth from both E&E segments and commodities.

“Services, due to tourism and manufacturing, have done rather well. Construction rebounded, (but) remains constrained by labour shortages and rising costs of construction (building materials). Mining and agricultural declined,” he said during the World Bank East Asia and Pacific October 2022 economic update briefing in Kuala Lumpur today.

Apurva stated that Malaysia should also benefit from the low base of third-quarter growth in 2021 when the economy contracted by 4.5%.

However, he remarked that growth is fragile as it is not felt equally, but depends on which segment of society that one is in. The momentum will depend on what will pan out for the country’s exports and consumption segments.

“Malaysia is the sixth largest producer of semiconductors, 11th largest exporter of E&E, but the talent crunch is biting,” said Apurva.

Additionally, as 60% of Malaysia's economy depends on private consumption, any shock to domestic demand could delay or append the growth momentum.

“Global slowdown, recession, could significantly affect demand towards the fourth quarter of next year. Private consumption could be adversely affected. It's a pretty uncertain environment.”

Apurva said there are significant headwinds and downsides for Malaysia in 2023 and beyond on the global, regional and domestic fronts. On the domestic front, rising inflation, sluggish labour market recovery, and the shrinking fiscal space posed challenges.

“The persistently declining revenues for almost 10 years, an increasing share of rigid expenditures, combined with spending of emoluments, retirement and debt service is expected to reach around 67%-68% of operating expenditures this year,” said Apurva on the shrinking fiscal space in domestic front.

In addition, he said the policy rate hike in Malaysia is not so much tightening per se as it is normalising as the OPR is still 2.5%, still below the pre-Covid rate of 3%.

“The economy is now recovering, inflation is increasing. So even without considering external reasons or factors such as the increase in the US Fed funds rate, the increase in OPR should be viewed as being part of BNM's gradual and measured approach to normalising.

“Once you bring in external factors, it is true that Malaysia does need to maintain a certain spread between the US Fed funds rate and the OPR. If the spread is too wide, it could trigger capital outflows from Malaysia,” he said.

On the regional front, the slowdown in China due to its continued zero-Covid policy directly affects Malaysia as Malaysia's largest direct trading partner.

Globally, it is the stagflation and recessionary pressures combined with the uncertain nature of the Russia-Ukraine war.

“Spillovers to global growth are likely to continue in an adverse fashion that could affect demand for Malaysia's exports,” he said.

Lastly, the World Bank has forecast Budget 2023 to be smaller than Budget 2022.

“The first is the economy is doing well. This means less support measures are now required. Second, fiscal space has been shrinking. And third, given the global uncertainties for next year, in particular, there is (a need) to build buffers for a “rocky 2023”, Arpuva said. Cabinet line-up to be announced late this afternoon: PM 3.Blinken says he will support France in World Cup if US team eliminated