Yellen says US recession not inevitable but economy will slow 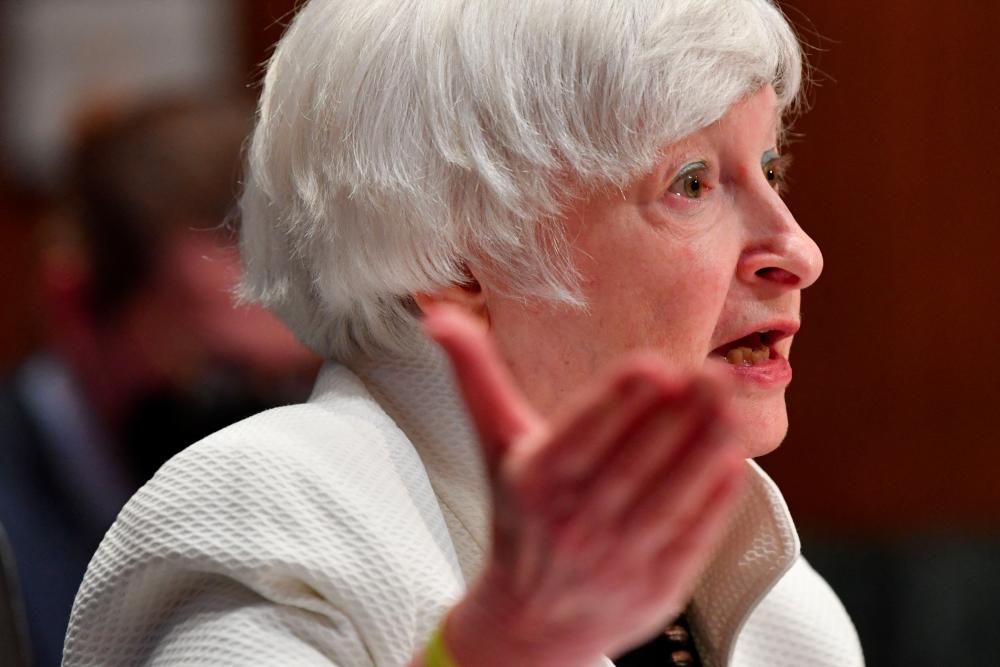 WASHINGTON: A recession in the United States is not “inevitable” but the economy is likely to slow, Treasury Secretary Janet Yellen (pix) said yesterday, days after the US Federal Reserve (Fed) increased interest rates, raising fears of a contraction.

“I expect the economy to slow” as it transitions to stable growth, she said on ABC’s This Week, but “I don’t think a recession is at all inevitable.”

The US economy has recovered strongly from the damage wrought by Covid-19, but soaring inflation and supply-chain snarls made worse by the war in Ukraine have increased pessimism.

Wall Street stocks tumbled after the US central bank, seeking to cool inflation, on Wednesday raised the benchmark borrowing rate by 0.75 percentage points, the sharpest rise in nearly 30 years.

And economists see worrying signs that consumer confidence is weakening, with spending on services affected most sharply.

People are beginning to hold off on vacation plans – domestic flight bookings were down 2.3% last month, Adobe Analytics reported – and are cutting back on restaurant visits, haircuts and home repairs.

Yellen conceded that “clearly inflation is unacceptably high,” attributing it partly to the war in Ukraine, which has pushed up energy and food prices.

But she said she did not believe “a dropoff in consumer spending is the likely cause of a recession”.

The US labour market is “arguably the strongest of the postwar period,” Yellen said, and she predicted a slowing of inflation in coming months.

For Fed chair Jerome Powell – who succeeded Yellen in that position – to control inflation without weakening the labour market will take “skill and luck”, she said, before adding, “but I believe it’s possible”.

The US economy contracted by 1.5% in the first quarter of this year, its first drop since 2020, and early indications point to a continued slowing in key sectors including manufacturing, real estate and retail sales.

A recent survey of 750 company executives by the Conference Board found 76% believed a recession is looming, or has already begun.

A recent analysis from the non-profit business group predicted a period of stagflation – stagnant growth coupled with inflation – in 2023.

Economist Larry Summers, who served as Treasury secretary from 1999 to 2001, said a wide range of indicators – market volatility, interest rates and inflation among them – suggest a recession on the horizon.

“All of that tells me that ... the dominant probability would be that by the end of next year we would be seeing a recession in the American economy,” Summers told NBC’s Meet the Press.

For now, Americans are trying to cope with some historically sharp price increases. The cost of petrol at the pump, now around US$5 (RM22) a gallon, has roughly doubled in only two years.

Yellen was asked about proposals for a temporary suspension in federal petrol taxes, and expressed openness.

US President Joe Biden “wants to do anything he possibly can to help consumers”, she said. “And that’s an idea that’s certainly worth considering.”

The White House recently confirmed Biden will travel to major oil producer Saudi Arabia during a Mideast trip next month.

The president is “very concerned about what people are experiencing at the pump,” Energy Secretary Jennifer Granholm told CNN yesterday.

“Saudi Arabia is head of Opec and we need to have increased production so that everyday citizens in America will not be feeling this pain that they’re feeling.” – AFP