12 animes to watch this Fall 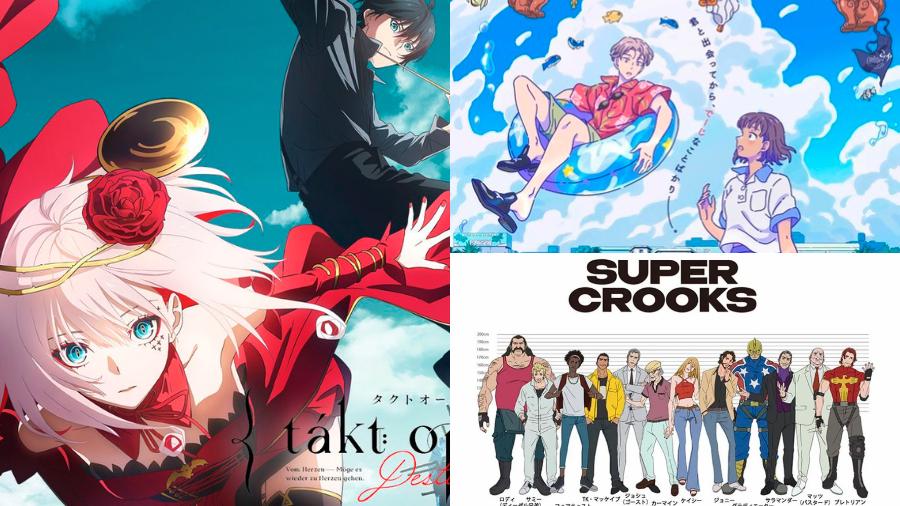 A new month brings more animes to watch! Despite the raging pandemic, the anime industry is still pushing out great content with the likes of Jujutsu Kaisen, Demon Slayer: Kimetsu no Yaiba, Beastars and Konosuba.

Here’s a list of some of the highly-rated animes to watch this coming fall.

Lupin III is a descendant of the famed gentleman thief Arsene Lupin and is set to continue the legacy his grandfather left behind. No precious items such as jewellery, art and hidden treasures are safe from Lupin III and his gang of thieves.

Hot on their tails is none other than Inspector Zenigata who’s consumed with obsessive desire to apprehend the phantom thief.

In the far future, a mysterious phenomenon known as Hologram Ghosts is causing trouble in the city. Middle schooler Hiro Amanokawa comes across a strange device left behind by his father called a Digivice and accidentally activates it.

The Digivice allows Hiro to see unknown creatures that ordinary people can’t see. Due to this, his father entrusts Gammamon into his care. When dangers arise, Hiro and Gammamon must save the world from strange villains who threaten the safety of everyone on Earth.

In the year 2047 in America, a black meteorite falls on Earth and produces grotesque monsters known as D2 which destroy the world.

The world also changes because music can’t be played freely. D2 monsters hate the music produced by humans and will destroy all music sources.

However, a group of girls called Musicart hold “music scores” which can defeat the monsters. Musicarts are led by humans known as the Conductors.

Mirai Kakehashi leads a terrible and hard life. The orphaned teen is abused by his aunt and uncle after the death of his parents. When he is unable to take it anymore, he attempts suicide but is saved by the Guardian Angel Nasse. Nasse bestows Mirai with special powers but, this special gift also means that he’s one of the 13 successors when God retires in 999 days.

The stakes get higher when some candidates are willing to kill others in order to win the coveted spot. Mirai has to form alliances with several candidates in order to combat these ruthless killers.

Miko’s life as a teen turns upside down when she suddenly starts to see gruesome and hideous creatures around her. She has an unconventional way of dealing with the issue too.

To carry on with her daily life, Miko decides she’s going to pretend not to see these monsters and protect her friend Hana at the same time. This anime is a blend of both horror and comedy.

6. Saihate no Paladin (The Faraway Paladin)

In the city of the dead, a human child named Will is raised by a unique family unit who all love him dearly – three undead creatures named Blood, a hearty skeletal warrior; Mary, a graceful mummified priestess; and Gus, a spectral sorcerer.

The trio pour all their love into the boy and teach him all they know. Soon, Will starts to wonder who he is and is set on the path to becoming a Paladin.

7. Tsuki to Laika to Nosferatu (Irina: The Vampire Cosmonaut)

After WWII is concluded in 1945, the world is divided between two major superpowers: the Zirnitra Union in the east and the United Kingdom of Arnack in the west.

Both superpowers have their eyes turned to space as the next frontier for expansion and a space race is sparked. Zirnitra has an upper hand in the race because they have a vampire in their corner.

Irina Luminesk is recruited to be the first test subject to spearhead research into achieving the first human spaceflight.

Cosmonaut candidate Lev Leps is assigned to be her handler in Project Nosferatu.

Four years ago, a gate to another world opened up which allowed monsters and human-like people known as Neighbours to attack Mikado City.

Fortunately, a defence force known as Border arrives to protect everyone using Neighbours technology known as Triggers. Soon, many young men and women are vying for a spot to train and fight at Border in order to protect their homes.

The anime series is adapted from Hideo Furukawa’s 2016 translation of The Tale of the Heike, a 13th-century historical epic depicting the rise and fall of the Taira clan.

Following the death of her blind father, Biwa meets Taira no Shigemori, the heir to the powerful Taira clan. Due to his supernatural sight, Shigemori foresaw that his clan had a part in the killing of Biwa’s father.

In anger, Biwa tells him a prophecy predicting the downfall of the Taira clan. Hoping to appease her, Shigemori offers her a place to stay and to raise her as part of his family. Biwa agrees with the offer but refuses to help the Taira clan avert their downfall.

Sixteen-year-old Maise Higa is forced to work as a part-time clerk at her family’s hotel in Okinawa during her summer break.

Just as she was about to be bored to death at work, a new guest named Ichiro Suzuki checks in and breaks all the monotony in her life. Since his arrival, “deji” things start to take place in the hotel like fish swimming around the room or a giant banyan tree smashing through the hotel ceiling.

“Deji” is an Okinawan word meaning “troublesome” or “a lot.”

Shouka Komi suddenly becomes the most popular girl in the elite Itan Private High School due to her stoic beauty and refined elegance. Despite her overwhelming popularity, Komi has a hard time making friends. Her classmate, Hitohito Tadano, sets out to help her make 100 friends.

Super Crooks is an anime adaptation of the comic by Mark Millar and Leinnil Francis Yu. A minor league crook named Johnny Bolt recruits a powerful supervillain crew to pull off one last heist.

The anime is produced by Studio Bones, the studio behind animes such as My Hero Academia, Mob Psycho 100, Fullmetal Alchemist: Brotherhood and more.