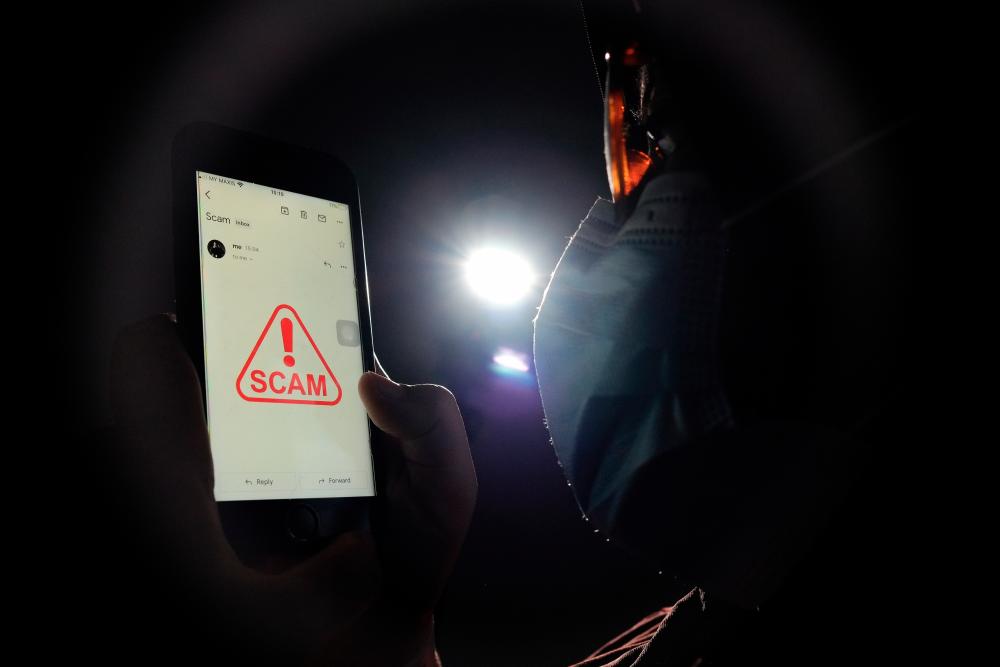 PETALING JAYA: Are the authorities seriously looking to nab the culprits behind financial scams and unauthorised use of credit cards? Or are such cases being ignored due to difficulty in tracing the fraudsters, said Malaysia Muslim Consumer Association (PPIM) chief activist Datuk Nadzim Johan.

He said PPIM has received numerous complaints from victims of mule accounts and even bankruptcy cases where the culprits have never been investigated or faced justice.

“We had a case where a 55-year-old former secretary was declared bankrupt after a bank claimed she did not pay an RM80 million loan in her name that was taken some 10 years earlier,” he told theSun.

Nadzim questioned how it was even possible for the bank to approve an RM80 million loan to a secretary with a RM1,500 salary. After years of going back and forth between the insolvency department and the court, the woman was finally released from bankruptcy.

However, the question of where the RM80 million went, who secured the loan under her name, and who profited from it has never been answered.

“Until now, neither the police nor Bank Negara Malaysia has said anything about this case. What’s more, thousands of mule account victims are accused of fraud when their bank accounts were used by third parties to scam people,” he said.

Nadzim claimed that despite overwhelming evidence that mule account owners were also victims, little or no further action was taken against those who illegally used the accounts.

In one of the latest incidents of such fraud, theSun executive director Adam Ong discovered on Aug 31 that his HSBC credit card had been blocked by the bank due to unauthorised transactions.

“The bank failed to alert me on these transactions or tell me they blocked my card. I only found out my card was blocked after attempting to use it to pay for something while I was with my family,” he said.

After spending hours and making numerous attempts to check with the bank, HSBC online banking confirmed to Ong that his card was blocked.

“I tried to call their customer service or call centre numerous times, but no one picked up my call,” he said.

At 3am on Sept 4, days after his card was supposedly blocked by the bank, Ong received four more notifications of transactions on his credit card.

“I attempted to call the bank again numerous times and finally at about 4pm that day, an officer answered my call and we finally managed to cancel the card. The bank did not offer me a new card, but even if they did, can they guarantee the same thing will not happen again with the new card?

“What would have happened if I was abroad and it blocked my card without my knowledge or permission?”

HSBC Bank Malaysia Berhad communications manager Mae Leong said unauthorised transactions may have been prompted by those made on non-3D secured platforms, which do not trigger an SMS one time password.

“If a customer receives unauthorised transactions from a non-secured platform, they are eligible for a full refund. We do advise our customers to transact safely on secured platforms that display the padlock icon,” she told theSun.

Leong said disputed transactions would be processed upon successful receipt of the dispute request.

“We aim to reverse these transactions with a temporary refund to the credit card within 18 business days. There is a window of up to 120 days for the chargeback to be filed, we assure customers that disputed transactions submitted will be processed accordingly.”

She said HSBC has taken stringent countermeasures to protect customers from the risk of fraudulent or unauthorised transactions.

“Should we detect suspicious transactions which may require additional verification, we will reach out to customers immediately via calls/SMS,” she said, adding that should HSBC fraud teams be unable to contact the cardholder, they will temporarily block the card.

She said cardholders may call the HSBC Fraud Operations team at 03-8315-7420 between 8am and 10pm to check on their blocked card status.

Nadzim said despite overwhelming evidence mule account owners were also victims, little or no further action was taken against those who illegally used the accounts. – Bernamapix