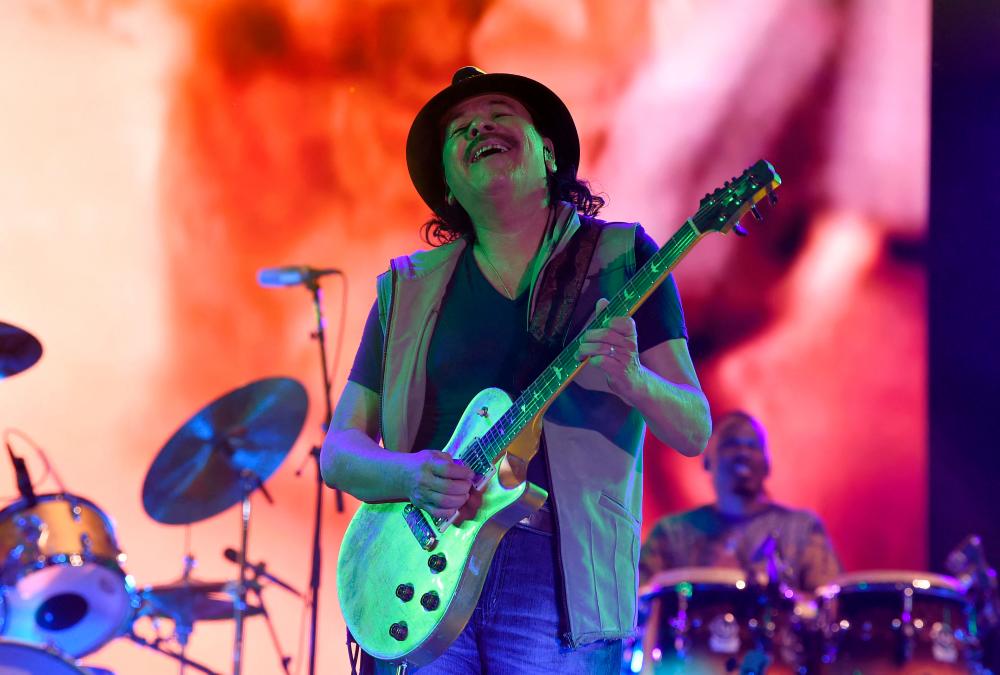 NEW YORK: Acclaimed American guitarist Carlos Santana(pix) was taken to a hospital after he collapsed on stage during an open-air concert in Michigan late Tuesday.

The 74-year-old wrote on Facebook that he got “dehydrated and passed out” after he “forgot to eat and drink water.”

“We are good, just taking it easy,“ Santana said in the post, updating fans after the incident.

The guitar great was performing at the Pine Knob Music Theatre in Clarkston, 40 miles (64 kilometers) outside of Detroit when he became ill.

His manager, Michael Vrionis, said in a statement on Santana’s website that the musician “was over-taken by heat exhaustion and dehydration” during the show.

“Carlos was taken to the emergency department at McLaren Clarkston (hospital) for observation and is doing well,“ he said.

Vrionis added however that a concert planned for Burgettstown, in Pennsylvania on Wednesday “will be postponed to a later date.”

Santana, who was born in Mexico, is widely considered to be one of the greatest guitarists ever and has won 10 Grammy Awards.

He shot to fame in the late 1960s and ‘70s with his eponymous band that pioneered a new style of music that blended rock and roll with Latin American jazz.-AFP