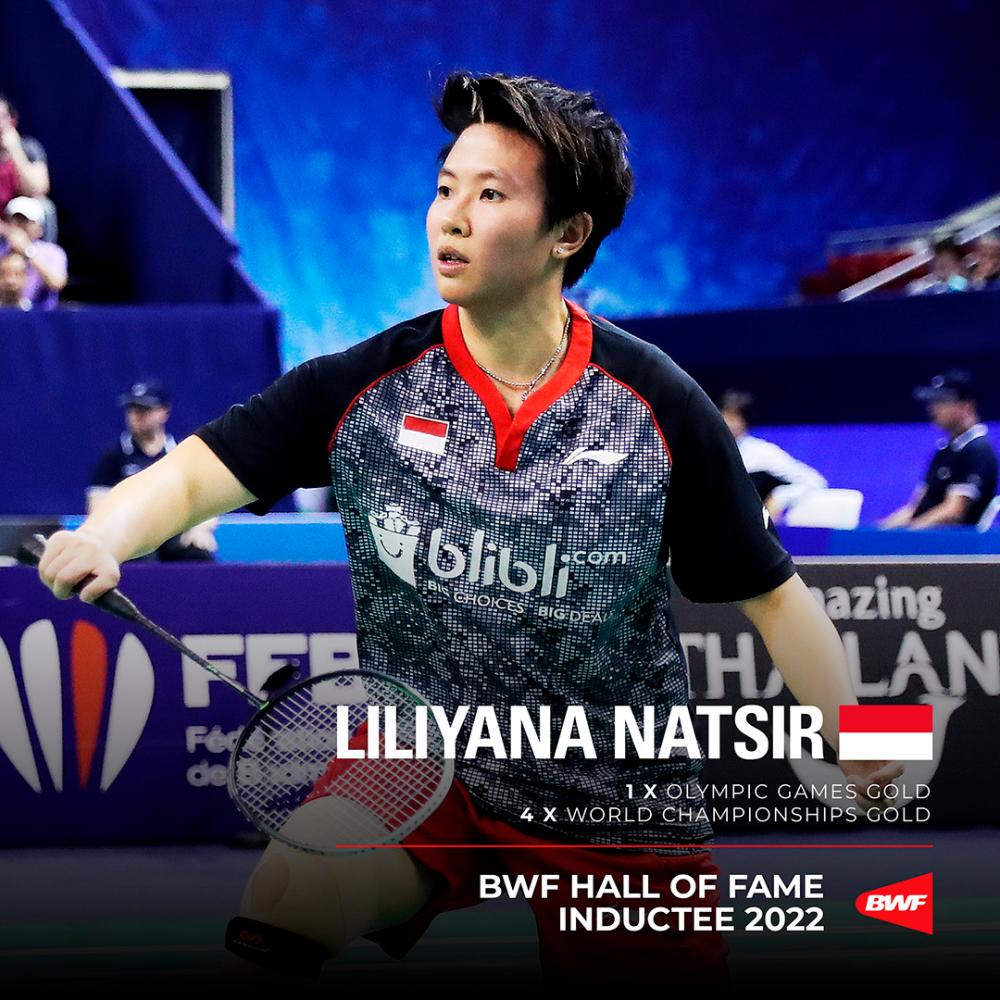 The world badminton ruling body said the former Olympic gold medallist and four time world champion will be officially recognised at a ceremony during the ongoing Indonesia Open on Saturday (June 18).

BWF president Poul-Erik Hoyer while congratulating the 36-year-old Liliyana, believes she will continue to inspire many more generations.

“It is a rare honour for an athlete to be named to the BWF Hall of Fame, and Liliyana richly deserves this accolade. She was a delight to watch as she somehow made a very difficult art look easy.

“With an Olympic gold and silver, and four World Championships gold medals, Liliyana built a stellar record. She was among the very best mixed doubles players throughout her career,” Hoyer said in a statement.

With her unique, unfussy style and tremendous record over more than a decade before retirement in 2019, Liliyana is a standout figure of world badminton.

Liliyana, who was then paired with Tontowi Ahmad, won another two World Championships in 2013 and 2017, three straight All England titles (2012-2014) and Indonesia’s first Olympics mixed doubles gold medal, defeating the Malaysian pair of Chan Peng Soon-Goh Liu Ying in the 2016 Rio edition.-Bernama 3.M’sia offers UAE to participate in reverse investment in agriculture