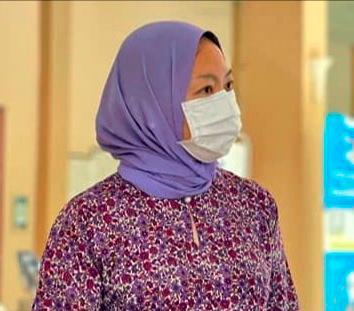 A political commentator has said that Yeoh did nothing wrong, and should in fact be commended for her act of respect when visiting the mosque.

PETALING JAYA: Let us not break the bond of tolerance and moderation we have practised for so long, said several prominent Malaysians when commenting on Segambut MP Hannah Yeoh’s visit to a mosque recently.

Political commentator Prof Dr Mohd Tajuddin Mohd Rasdi said Yeoh was merely following a universal custom while she was on the grounds of a place of worship.

“In my opinion, Yeoh did nothing wrong or disrespectful. She only followed the common directives that are usually applied at mosques and other places of worship, (indicating) her understanding of the cultural appropriateness of the said situation,” he told theSun yesterday.

“In this case, she should actually be commended.”

He was commenting on criticism Yeoh faced after being photographed wearing a headscarf when visiting a mosque in Kuala Lumpur.

Yeoh was criticised by former Johor DAP chief Dr Boo Cheng Hau and some others for what they claimed was a move to appease the Malays.

In a Facebook post, Syed Saddiq defended Yeoh, referring to her as a “great, patriotic Malaysian and an even greater friend”.

“The past few days have been tough on Hannah. On one hand, she has been labelled an ultra-Christian who wants to convert Muslims. On the other, she is being called a Chinese without a backbone who wants to conform to Muslim norms,” he wrote.

“In my many, many conversations with Hannah, I have never once felt that she wanted to convert me to Christianity, nor have I felt that she’s a conformist. She is Hannah Yeoh. True to herself. Is she a devout Christian? Yes, but does that make her any less of a Malaysian? No.”

Additionally, he noted that both Islam and Christianity alike espoused the importance of tolerance and acceptance.

He added that the Yeoh he knows was “ridiculously hardworking” and the recent attacks were unfair, given that she had been visiting mosques in her constituency for the last 13 years.

“We can be Malays, Indians, Chinese, Iban, Kadazan, Christians, Hindus, Buddhists but still be proud Malaysians. Don’t let anyone break the sacred bond of nationhood which celebrates diversity and moderation,” he said.

Chairman of the Center for Media and Communication Research at Universiti Tunku Abdul Rahman, Asst Prof Dr Sharon Wilson, said Malaysians should not make a mountain out of an ant hill.

“What Yeoh did was very respectful. If we visit our neighbours’ homes, don’t we remove our shoes before entering? That is part of the culture we practise here.”

She added that as part of a Cross Culture class in 2018, she visited Masjid Jamek in Kuala Lumpur with her students, which consisted of a majority of non-Muslims.

“We were all dressed decently and while at the mosque, the women were requested to cover their heads. Scarves or tudung were provided. It was a new and unique experience for us but it made everyone appreciate it,” Wilson said.

“Let’s maintain our uniqueness of coming from a multi-cultural, multi-religious nation. We are known to practise and advocate tolerance and peace. Let’s not be ignorant people.”

DAP secretary-general Lim Guan Eng also slammed Boo for his comments against Yeoh, saying the remarks were no different from those made by extremists who want to control what women can or cannot wear.

“His actions were not only gender-insensitive but also runs the risk of portraying DAP leaders as being just as intolerant and regressive as some leaders. Unfortunately, such unjustifiable criticism by one state leader has cast the entire DAP in bad light,” he said in a statement.

Yeoh said while only a handful of people have criticised her act of covering her head, many others have expressed support.

“In addition to mosques, some places of worship also require both men and women to cover their heads, such as a gurdwara. Some churches also require one to cover the head. The act of covering our heads in the presence of those we revere is done out of respect. It is also an act of modesty,” Yeoh said, adding that everyone should work towards creating a moderate Malaysia.