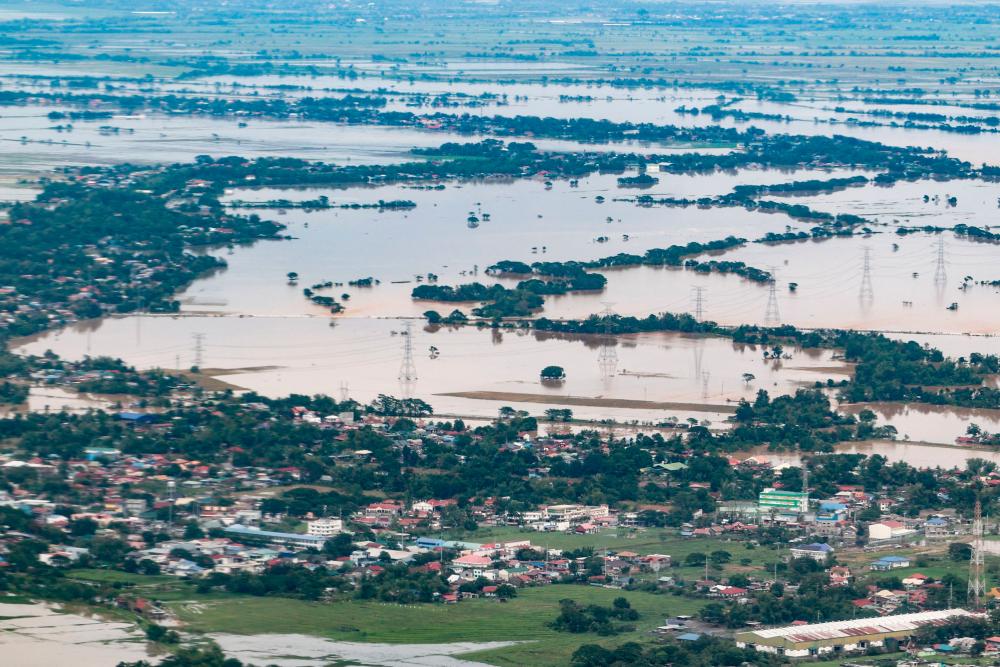 This handout photo taken and released by the Presidential Photographers’ Division on September 26, 2022 shows an aerial view of a flooded area in Central Luzon in the aftermath of Typhoon Noru/AFPPix

MANILA: SuperTyphoon Noru slammed Luzon island in the Philippines with heavy rainfall and winds over the weekend, leaving eight people dead and three others missing, a government agency said on Tuesday.

The National Disaster Risk Reduction and Management Council confirmed the deaths of five rescuers swept by a flash flood in Bulacan, a province north of Manila, a few hours after Noru made landfall late Sunday afternoon.

The agency said it received reports of additional three typhoon-related deaths, one in Quezon province and two in Zambales province. The agency did not provide details on how the three died. The agency added that three more people remained missing in the Bicol region, southeast of Manila, reported Xinhua.

Noru exited the Philippines on Monday night after crossing the central Luzon region.

Noru is the 11th and the most powerful cyclone hitting the Philippines this year. It destroyed crops, damaged houses, knocked down power transmission lines, and flooded several areas on central Luzon island.

The Philippines is one of the most disaster-prone countries globally, mainly due to its location in the Pacific Ring of Fire and Pacific typhoon belt. On average, the archipelagic country experiences 20 typhoons yearly, some of which are intense and destructive.-Bernama