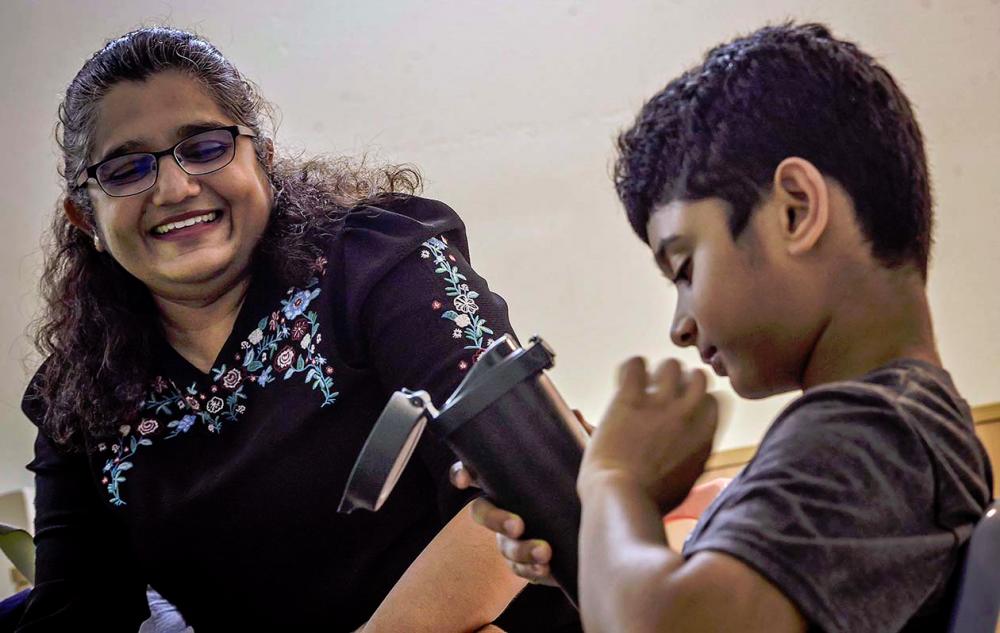 It was several years ago when Assoc Prof Dr Annapurny Venkiteswaran realised something was amiss about her son, Siddarth. At age two, he had difficulty expressing his feelings in words. Instead, he would grunt to indicate the items or food he wanted. “He wouldn’t respond to me immediately when I called him. I took him to see a specialist but it was too early. The test conducted was inconclusive. “I then placed him in a normal nursery. I wanted to see his reaction there, which told me a lot. (The teachers) called me to get him help,” she said at Taraana School, a special needs institution for children with autism spectrum disorders (ASD), among others. Siddarth was later diagnosed with autism at another institution, and referred to a psychologist, speech therapist and occupational therapist who helped him with his day-to day tasks. (Pic) Annapurny and Siddarth have both made tremendous progress and have learnt to celebrate life one day at a time. ADIB RAWI YAHYA THESUN