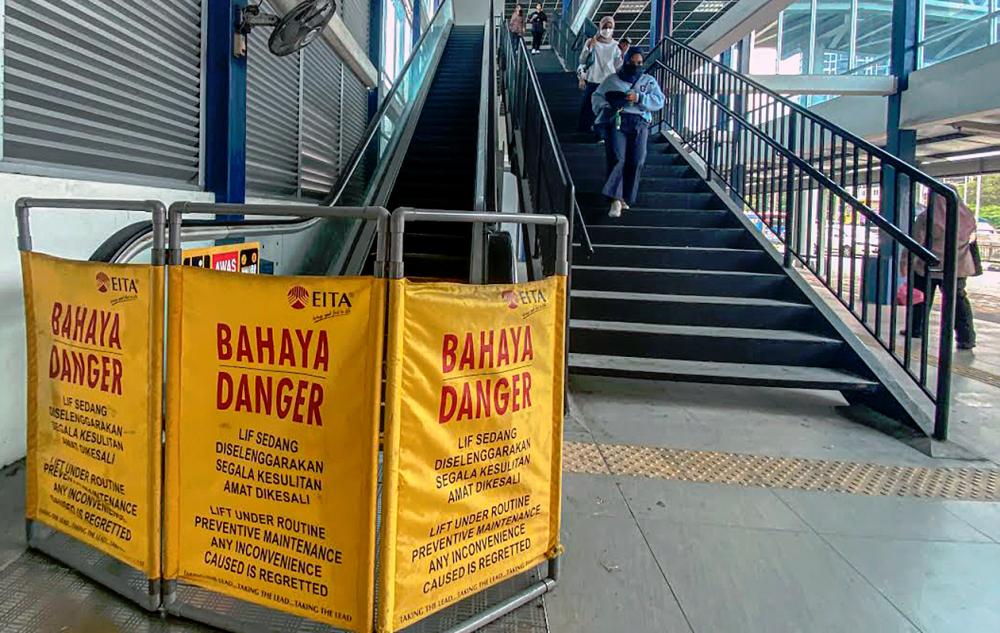 The neverending problems with escalators, lifts and other facilities at inter city train stations are proving to be a bane to commuters. A visit by theSun to eight light rail transit (LRT) stations on the Kelana Jaya line and seven mass rapid transit (MRT) stations along the Sungai Buloh-Kajang line revealed that either lifts or escalators were under repair while toilet facilities, lights and ticket vending machines were largely faulty. An escalator at the LRT station in Terminal Bersepadu Selatan under repair. AMIRUL SYAFIQ THESUN