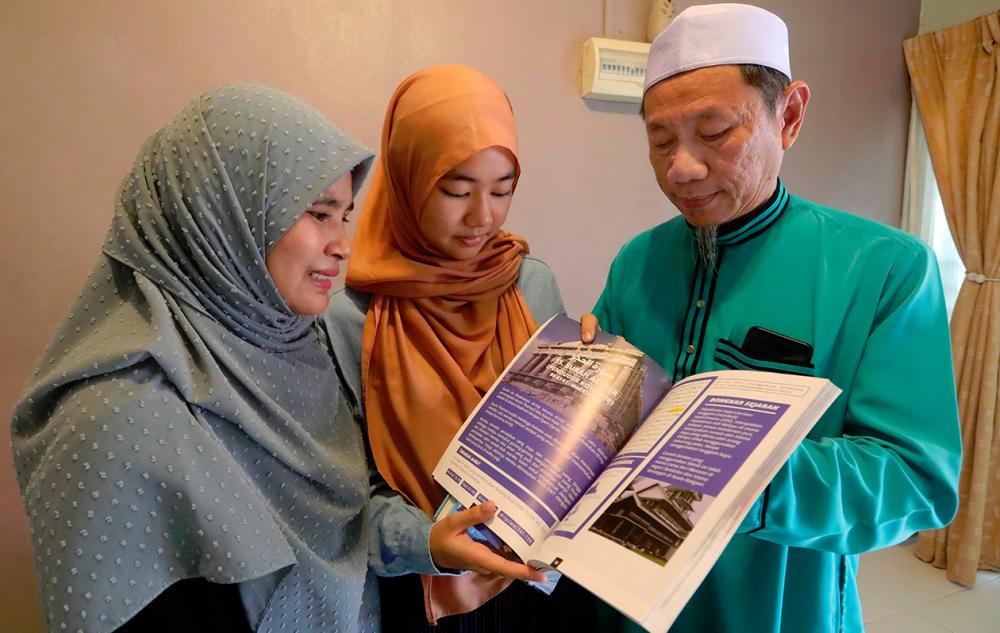 Working in an all-Malay company led Haris Ng, 51, to develop an interest in Malay music and culture. In his early 20s, Ng discovered he enjoyed Islamic music, or Nasyid. “Back then, Nasyid was trendy and I came to like Raihan, a Nasyid group that was popular at the time,” he said. Ng, who hails from Bukit Mertajam on the mainland of Penang, said he learned about Islam and the Malay culture from music and his friends at work. Ng, Waznah and their daughter Nur Amelyna Nathasha at their home in Bukit Mertajam. MASRY CHE ANI THESUN