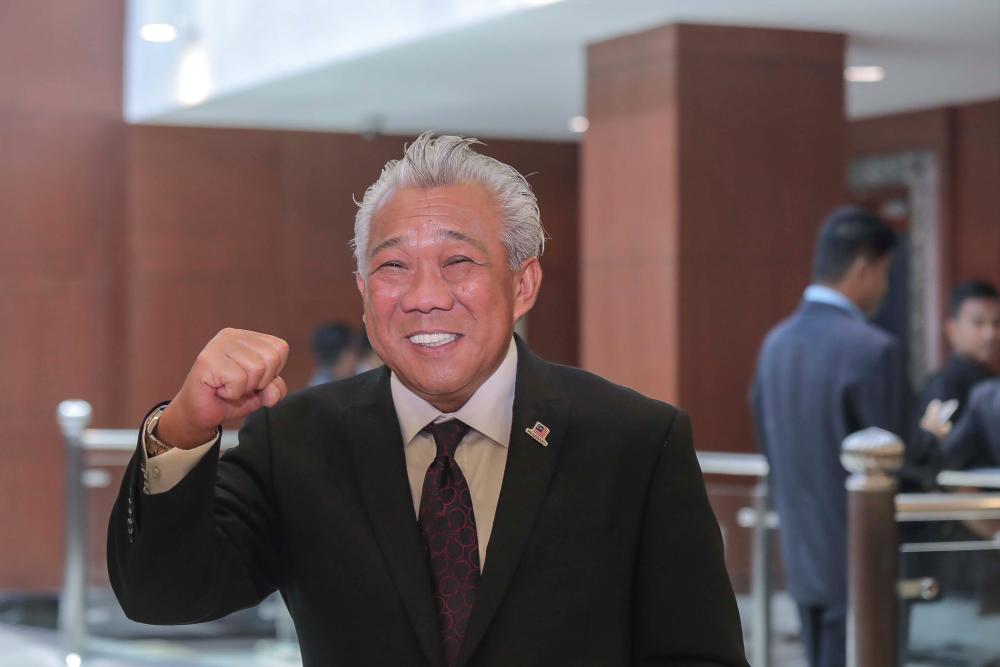 SANDAKAN: It is hoped that cooperation between Barisan Nasional (BN) and Gabungan Rakyat Sabah (GRS) in the 15th general election (GE15) will be beneficial to both sides, said Sabah BN chairman Datuk Seri Bung Moktar Radin.

The deputy chief minister said talks on cooperation between BN and GRS were going well and expected to be settled before GE15.

He said Sabah BN had identified its potential candidates for GE15 and would finalise its list for the central BN after negotiations with GRS were completed.

“Grassroots support for BN in Sabah is very convincing. Sabah BN are making the necessary preparations to retain the seats won previously and contribute as many seats as possible to help BN capture Putrajaya,” he said today.

He was speaking to reporters after the launching of the Blue Wave gathering and BN Zone 5 election machinery by federal Housing and Local Government Minister Datuk Seri Reezal Merican Naina Merican, who is an UMNO supreme council member.

Reezal Merican told reporters that BN Zone 5, which involves the Kinabatangan, Libaran, Beluran, Sandakan and Batu Sapi parliamentary constituencies, can be a ‘lifeline’ for the coalition in GE15.

He said despite facing difficulties in GE14, the BN machinery in the zone managed to defend three of the five parliamentary seats contested.

On BN’s cooperation with GRS in Sabah, he said GRS had expressed its desire to work with BN in GE15.

“In reality, who is our (BN’s) main enemy? Our main enemy is possibly (Parti) Warisan. In this matter, we at the central leadership level has placed our trust on Datuk Seri Bung and Datuk Yakub Khan (Sabah BN deputy chairman),” he said.