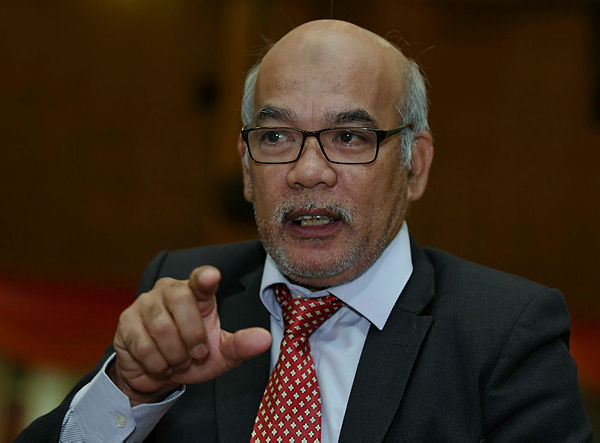 KUALA TERENGGANU: The Malaysian Anti-Corruption Commission (MACC) have recorded 4,860 arrests from 2014 until June this year with 46.3% of the total involving civil servants.

MACC Deputy Chief Commissioner (Prevention) Datuk Shamshun Baharin Mohd Jamil (pix) said that most of the corruption cases involved those serving in the procurement sector and 53.4% were the young group who were 40-year-old and below.

‘’In fact, an MACC study last year recorded that 22% of civil servants were willing to accept bribes if they had power. This is dangerous and worrying if there are those among civil servants who reply in such a manner,‘’ he told reporters after a Darul Iman Integrity Policy (DIIP) Launching Ceremony at Wisma Darul Iman, here today.

Meanwhile, Shamshun Baharin said that, from 2017 until June this year, 99 arrests were recorded in Terangganu and, of the total, 53 people were government servants.

‘’They comprised state civil servants (10), federal (43) and others. The numbers too, are worrying but they are still low compared to other states,’’ he said.

Meanwhile, the DIID which was launched by Mentri Besar Datuk Seri Dr Ahmad Samsuri Mokhtar was a state government initiative to endow integrity among civil servants in the state through various programmes including training, courses and seminars.

Ahmad Samsuri said that RM2 million had been allocated this year to implement such programmes to ensure efforts to eradicate corruption in the state government administration would be successful.

‘’We will also seek feed back from MACC to ensure the instilling of anti-corruption values will stick in the hearts of the officers on duty,’’ he said. — Bernama

All companies licensed with Motac can offer Umrah packages

2.All companies licensed with Motac can offer Umrah packages