Crime rate down by 70% during MCO: IGP (Updated) 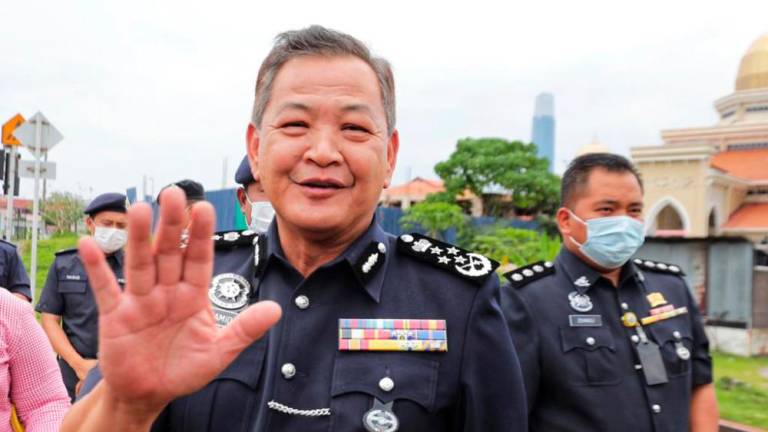 KUALA LUMPUR: With the vast absence of the public in the open and heavy police presence in the streets to enforce the movement control order (MCO), the national crime index has fallen by 70% over the past week.

He said even under the current situation, there are criminals who are committing crimes.

Abdul Hamid said there were also crooks who are exploiting the situation to scam the public with the sale of non-existent protective items such as face masks.

“We have opened 370 investigation papers and had arrested 25 people to date over such scams. We have charged 11 of them so far. The total losses reported as a result is almost RM3 million.” he said during an interview with a TV station in conjunction with the 213th Police Day.

Abdul Hamid said the traditional celebrations and events held annually for Police Day such as assemblies at the district, state and federal level were cancelled to ensure enforcement is focused on the MCO.

“Moreover, the cost of the celebrations can be saved to channel the funds towards enhancing the enforcement of the MCO,” he said.

“Supply of protective gear and face masks for police personnel are also being acquired. We have raised the number of personnel involved in the MCO from 15,000 to 42,000. They will conduct roadblocks, surveillances and make street announcements during the movement control process.”

Abdul Hamid said with the assistance of 6,000 soldiers, who were roped in to complement police work, over 283,000 cars were checked during enforcement since last week.

He said police and the military have mounted 1,295 roadblocks nationwide.

“Each roadblock comprises 10 police and army personnel. We will be there for 24 hours on a three-shift rotation. Sooner or later fatigue will set in for police personnel if there is insufficient manpower. We are glad the military is assisting us to overcome this.” he said.

Abdul Hamid said since the MCO came in force, there has been 92% adherence to the order compared with 60% when it kicked off nationwide.

He said police are prepared to take sterner action such as arresting and charging those who fail to comply with the MCO.

“In fact, we have arrested and charged several people already for disobeying police orders,” he said. “These defiant ones had challenged police and soldier, swore and obstructed them from carrying out their duties.

“As for such stubborn individuals who think they are gangsters and feel they are immune to the disease, do not be shocked when we handcuff them and send them to the lock-ups to spend three of four days there.”

Socso's song Sifar comes out tops at IMFP in Canada

4.Huawei executive freed in Canada after deal with US prosecutors