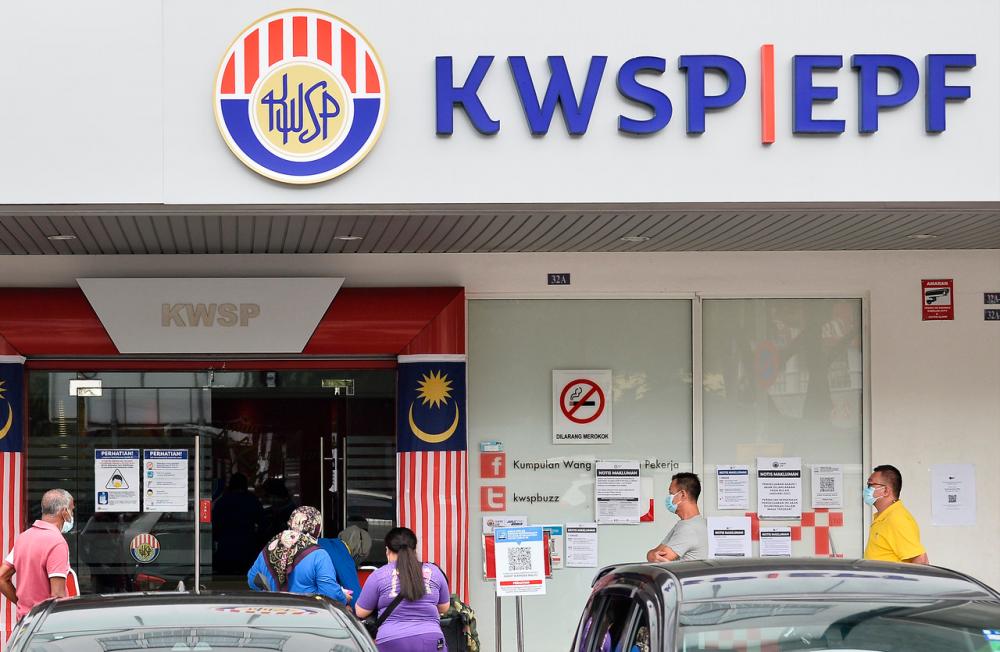 KUALA LUMPUR: The Employees’ Provident Fund (EPF) has announced the criteria and details regarding the i-Sinar withdrawal facility, which has been further expanded to cover some eight million eligible contributors.

In a statement today, it said eligible contributors are divided into two categories.

The first category encompasses contributors employed in the formal or gig economy sectors; those who are self-employed or have not contributed for a long time; housewives; as well as those who have lost their jobs or been put on unpaid leave.

According to the EPF, members who have not contributed for at least two consecutive months or more at the time of application, or those who are still employed but facing basic salary cuts of 30 per cent or more after March 1 this year are eligible to apply for the facility.

“Those under this category don’t have to provide supporting documents as the approval is automatic based on EPF’s internal data.

“They only need to apply online via isinar.kwsp.gov.my starting Dec 21, 2020,” it said, adding that the payments would be made starting from mid-January next year.

The second category comprises members who are still employed but facing a reduction of 30 per cent or more of their total earnings -- which includes salaries, allowance and overtime pay -- after March 1 this year, which can only be verified through supporting documents.

“If the documents are not available, EPF will consider other relevant supporting documents like bank statements or confirmation letter from employers,“ it said, adding that those who fall under this category may submit their application online via isinar.kwsp.gov.my starting Jan 11 next year.

The EPF said that members may check their application status within two to three weeks after their submission, and payments to successful applicants will be made before the end of the following month.

Payments will be made to applicants in stages for a maximum period of six months, with a first withdrawal of up to RM5,000.

Meanwhile, those with more than RM100,000 in their Account 1 are able to make a maximum withdrawal of 10 per cent of the amount in their account, or RM60,000 (whichever is lower).

Staggered payments will be made to applicants for a maximum period of six months, with a first withdrawal of up to RM10,000, it said. -Bernama