Govt admits increase in cost of living, vows to help B40 group: Saifuddin 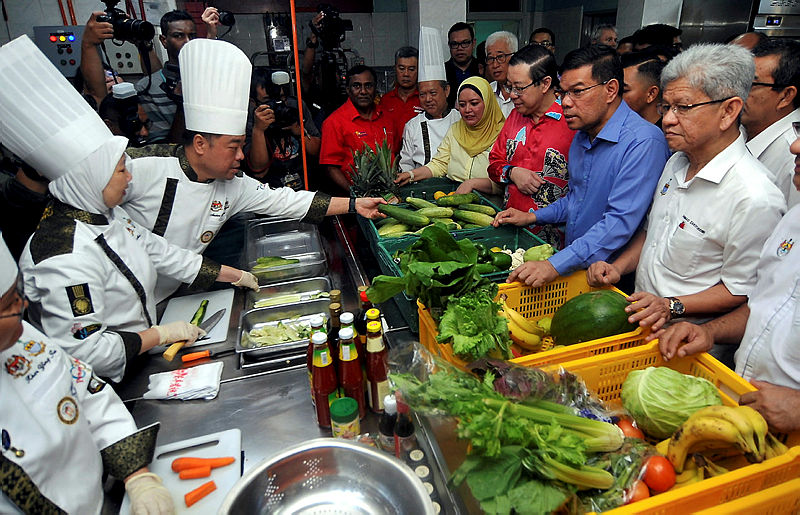 GEORGE TOWN: The Government admits that the gradual depreciation of the ringgit against other major currencies has contributed to the rise in the cost of living in the country, particularly for imported food and pharmaceuticals.

“The movement of currency is beyond our control, but what we can assure here is that we will contain this problem and assist the rakyat,“ said the Domestic Trade, Consumerism and Cooperatives Minister Datuk Seri Saifuddin Nasution Ismail.

According to him, the ministry has singled out six key areas which it will pay close attention to, in addressing the rise in the cost of living.

Thirty-percent if the rise has been attributed to the hike in food costs, said Saifuddin after the launching of the National Food Bank initiative by Finance Minister Lim Guan Eng.

Lim represented Prime Minister Tun Dr Mahathir Mohamed to launch the scheme which will be rolled out as a national programme by next month.

Saifuddin said although the depreciation of the ringgit was beyond the control of the ministry, it is however focused on the aforementioned six areas in order to alleviate the burden faced by the people, especially those from the B40 (low-income segment).

It will start with the launch of the food bank where supermarkets, restaurants and hotels throughout the country will donate excess food to the bank, who in turn would distribute the edible items to the underprivileged B40 group.

Saifuddin said that the ministry will ensure that the programme goes nationwide after the successful launching of it at Penang last year.

The concept was for the supermarkets, restaurants and hotels to donate the excess food to non-governmental organisations, volunteers and civil societies, who in turn would bring the food to a centralised kitchen.

In Penang, the centralised kitchen is located at the state caring society complex in George Town.

Once reprocessed and repacked, the food is then distributed to the needy families including those living in rural localities by volunteers.

He also said that the ministry will draft an enactment to govern the formation of a Food Bank in the country, using models applied in France, US, Australia, UK and South Africa as references.

“The new law is designed to protect the recipients of the scheme as well as the contributors and to ensure that food security and safety is preserved,“ he added.

Earlier, Lim in his own remarks said that the proposal by Saifuddin was a high impact one as it had benefited 31,429 low-income families since its launch last year with Penang as a base for its pilot project.

It will also help save costs and curb food wastage which is high in the country, Lim, said, adding that the 2,340kg of food wasted here has a market value of RM1.5 million. PM donates a house to needy family in K’tan