Make sure vehicle in tip-top state before leaving home: Miros 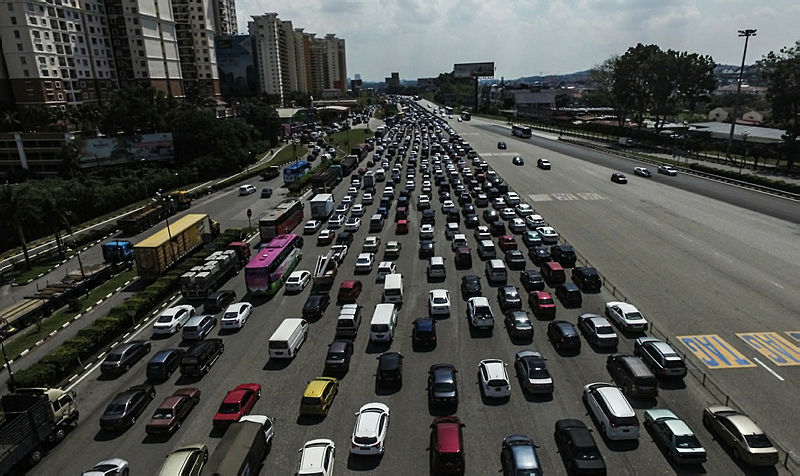 As the festive season brings with it higher incidences of road accidents, it is imperative that those heading back to their home towns give priority to ensuring their vehicles are in tip-top condition.

Driving carefully and observing road safety rules are also essential to ensuring a safe journey home. Among the common causes of accidents are speeding, driving on the opposite lane, overtaking other vehicles, changing lanes suddenly, being careless when entering or exiting a road at a junction, tailing other vehicles and making U-turns illegally.

Driving when tired or drowsy and lack of alertness can also lead to mishaps, some of which can be fatal.

Malaysian Institute of Road Safety Research’s Vehicle Safety and Biomechanics Research Centre director Dr Khairil Anwar Abu Kassim said the rise in traffic on the roads during the festive season would lead to high exposure which increases the probability of accidents occurring.

“There are several approaches to reducing the risk of fatal accidents. The most important thing is to make sure that the vehicle is in good condition.

“The vehicle can be a car or motorcycle but it is the ‘tool’ that gets us to our destination. So, make sure it is fit for driving,“ he told Bernama.

He said drivers should take note of their vehicles’ safety levels, especially the condition of the tyres and brake.

“If these are in good condition, the driver would be able to avoid accidents,“ he added.

Commenting on the danger of microsleep, whereby the driver dozes off briefly whilst driving, Khairil Anwar said such episodes can take place when the driver is fatigued.

When drivers make the long journey back to their kampung whilst fasting, they tend to feel more tired and drowsy.

“The driver has no choice but to stop at intervals to rest or take a nap or wash their face. Stopping at a surau or mosque for prayers can also ensure a smooth drive with no potential for the occurrence of microsleep episodes,“ he said, adding that even dozing off for one second while at the wheel can have disastrous consequences.

Motorists must also observe safe driving practices and have a lot of patience when driving during the festive season.

“It’s important for drivers to accept the fact that they may arrive at their destinations late but better late than never,“ he said, adding that if all road users observed road safety rules, everyone could return home safely.

Khairil Anwar said statistics have shown that 80% to 90% of accidents worldwide were caused by human carelessness.

According to Bukit Aman’s Traffic Investigation and Enforcement Department, the number of accidents and fatalities reported under Op Selamat 13 in conjunction with the Aidilfitri celebrations last year was lower than that recorded during Op Selamat 11 in 2017.

However, motorcyclists and pillion riders continued to be the main contributors to statistics involving fatal accidents, with 119 cases recorded during Op Selamat 13. — Bernama