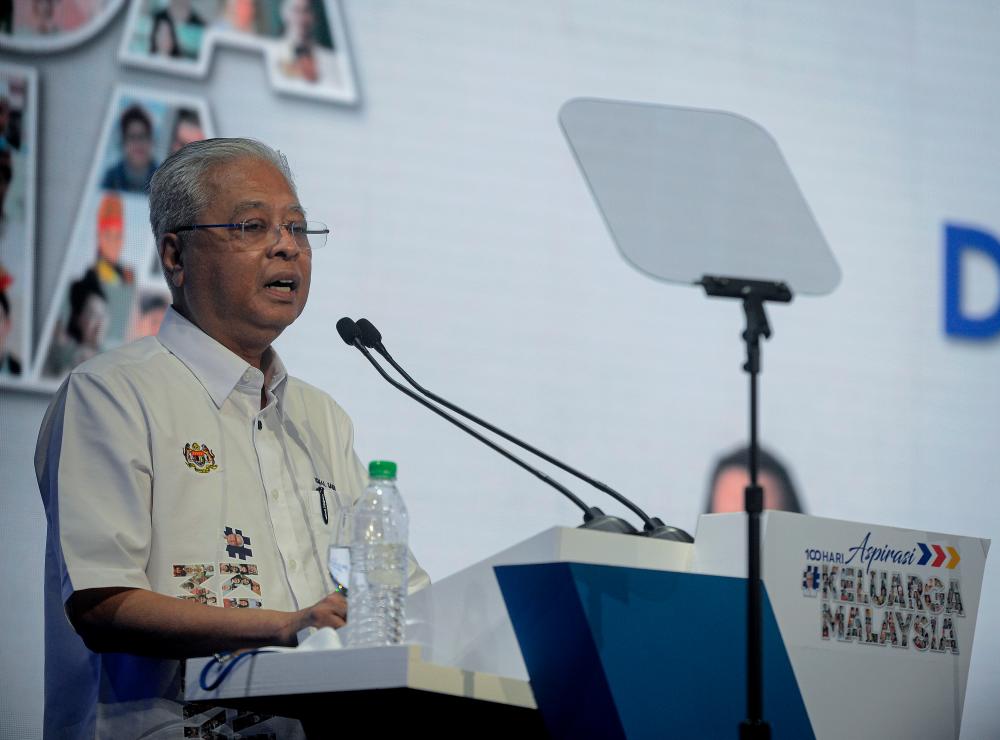 KUALA LUMPUR: Cabinet ministers have scored about 90 per cent in their overall performance in the first 100 days of the current administration and this success should inspire them to serve with greater commitment instead of becoming arrogant, said Datuk Seri Ismail Sabri Yaakob.

The prime minister said it was not impossible to achieve full marks of the Key Performance Indicator (KPI) if the whole Cabinet continued to work closely with civil servants to give the best and effective service to the Keluarga Malaysia (Malaysian Family).

“Although the achievement did not meet the 100 per cent target, various programmes have been and will continue to be implemented to safeguard the interests and well-being of the people, especially in facing the Covid-19 pandemic.

“Set aside all bureaucratic red-tape. However, certain performances cannot be assessed from studies alone. Therefore, the percentage achieved is not an excuse for us to indulge in chest-thumping but instead should motivate us to continue working with the people with greater determination and commitment,” he said.

The prime minister said that on Sept 24, he decided that the 100-Day Aspirasi Keluarga Malaysia be gauged with a ministry’s core service given 50 per cent weightage, minister’s performance assessment (25 per cent) and public perception on minister and ministry (25 per cent).

He said 190,914 members of the Keluarga Malaysia were involved in studies conducted by the Malaysian Administrative Modernisation and Management Unit (MAMPU) to evaluate the achievements of ministers and ministries.

“This effort marked a historic start because a 360-degree assessment was undertaken for the first time to evaluate the performance of the government,” he added.

Ismail Sabri said that for the sake of the people, the government would continue to do its best and to improve its performance in the future.

“A period of 100 days is not sufficient to gauge performance. There is still room for improvement which should be given serious attention. We will do our best for the benefit of the people,” he said.

He also said the achievement of the 100-Day Aspirasi Keluarga Malaysia would not end at this point and instead would be continued with a medium-term plan for six months and long-term targets.

He said the government was sensitive to the grouses of the people, especially the issue of sharp increase in prices of goods.

To tackle this problem, the government had taken immediate action to control prices by introducing the scheme on maximum price control for essential items as well as the Keluarga Malaysia Sale in every parliamentary constituency beginning Dec 4, he said.

The government has also approved an allocation of RM262 million as additional incentives to ease the pressure faced by farmers.

“Based on an analysis of the people’s sentiment towards ministers and ministries, every view and complaint of the people must be heard and taken into consideration to improve the government service and delivery system.

“This is my promise to Keluarga Malaysia,” he said.

Ismail Sabri said the people can study the government’s achievement through the 100-Day Aspirasi Keluarga Malaysia programme which runs from today until Dec 12.

“Take this opportunity to see for yourself the programmes provided, including the Bantuan Aspirasi Kerajaan programme, career opportunity exhibition, government service counter and many other programmes specially established for the Keluarga Malaysia,” he said. — Bernama