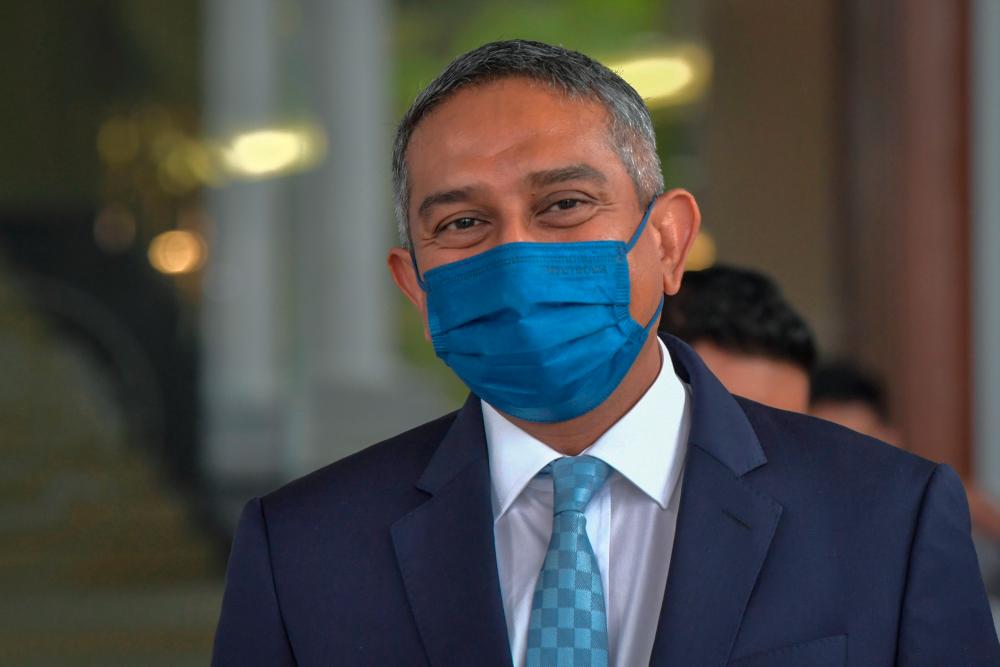 Judge Suzana Hussin made the ruling after deputy public prosecutor Datuk Ishak Mohd Yusoff informed the court that the prosecution was withdrawing all the three money laundering against Mohd Hafarizam, who agreed for the cases to be compounded.

“Based on the application from the deputy public prosecutor and the compound that had been settled in this case, the court acquitted and discharged the accused from all three charges, with the bail money (RM200,000) returned,“ said Suzana.

Lawyer Datuk Hasnal Rezua Merican, representing Mohd Hafarizam, told the court that the compound offered by the prosecution had been settled and applied for his client to be acquitted and discharged of all three charges.

“Based on the principle that a compound cannot stand together with a charge, this means the offence committed has been settled through compound. When the compound has been paid, a new charge cannot be imposed, therefore I request for the court to acquit and discharge my client,“ he said and this was not objected by the prosecution.

The case had been set for case management today and the court had also set Aug 12 for the hearing.

Meanwhile, Hasnal Rezua, when met by reporters, said the compound payment, amounting to RM590,587.26, was settled by his client yesterday.

Mohd Hafarizam, 49, said he was grateful to Attorney-General Tan Sri Idrus Harun for having agreed to withdraw the charges against him and the court for acquitting and discharging him of the charges.

“I am very grateful to Allah s.w.t because I finally get to continue my life as a 'free man'. The charges have a huge impact on my life, family and profession,” he added.

On the first count, Mohd Hafarizam was charged with receiving RM7.5 million which was proceeds from unlawful activities through an AmIslamic Bank Berhad cheque dated April 16, 2014 belonging to Najib, which was deposited into the account of his legal firm, Messrs.Hafarizam Wan & Aisha Mubarak.

The charge, framed under Section 4(1)(a) of the Anti-Money Laundering, Anti-Terrorism Financing and Proceeds of Unlawful Activities Act 2001, provides an imprisonment for up to 15 years and fine of not less than five times the amount of the proceeds from unlawful activities or RM5 million, whichever is higher, if found guilty.

For the second and third charge, Mohd Hafarizam was alleged to have received RM4 million and RM3.5 million, respectively, which were proceeds from unlawful activities through two cheques, dated Nov 7, 2014 and Jan 21, 2015, belonging to Najib which were deposited into the account of the same legal firm.

The charges were made under Section 4(1)(b) of the same law which also provides an imprisonment for up to 15 years and fine of not less than five times the amount of the proceeds from unlawful activities or RM5 million, whichever is higher, if found guilty.

On Aug 3 last year, Mohd Hafarizam was given a discharge not amounting to an acquittal (DNAA) on two counts of money laundering involving RM15 million, but he was charged again on the same day with three counts similar charges involving the same amount. -Bernama