MOHR to meet US Embassy, rubber glove companies on the issue of forced labour 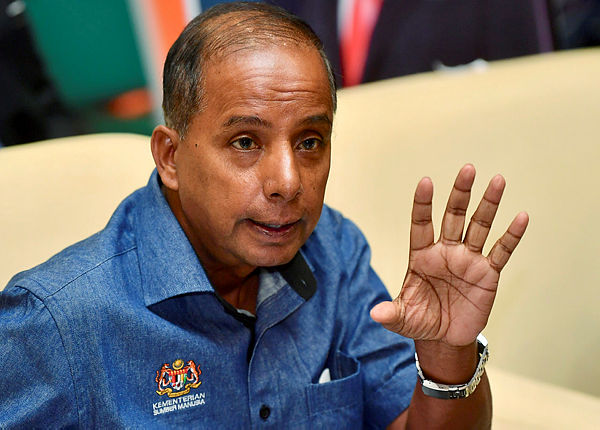 KUALA LUMPUR: The Ministry of Human Resources (MOHR) will meet the officials from the United States Embassy and explain that action has been taken against the company following reports that the United States (US) has blocked the import of goods suspected to have been made with elements of forced labour from five countries including rubber gloves from a Malaysian company.

Its minister M Kula Segaran (pix) said it has to be highlighted again, that only one Malaysian glove producer has been banned and not the whole rubber glove sector.

“The company in question was already investigated and the ministry had taken them to court in February, and the company pleaded guilty and was fined in May this year,” he said in a statement yesterday.

He said after consultation with the cabinet on the matter, the ministry would meet with all rubber glove makers this Friday to explain the repercussions of forced labour in their operations.

“In many of my previous speeches and statements I have spoken about the need for companies to eradicate forced labour in their operations and supply chain ... The inevitable has happened as the reports have surfaced,” he said.

Kula Segaran added that the ministry was committed in educating the public on the adverse effects of forced labour, as well as advocated the enhancement of worker rights and had taken various steps accordingly.

He said among the steps that had been taken and taken continuously are; the Department of Labour is actively inspecting every state for elements of forced labour and educating the employers and employees to comply with labour laws in Malaysia, including Anti-Trafficking In Persons and Anti-Smuggling of Migrants (Atipsom) Act 2007.

“The Government had also enhanced social protection for foreign workers under the Employment Injury Scheme of the Social Security Organisation (Socso) which began on Jan 1 this year where through this scheme, Malaysia provided foreign workers the same benefits as those provided to local workers who were injured by work accidents.

“The ministry is also constantly collaborating with the International Labour Organisation (ILO) to ensure the success of anti-forced labour related projects such as organising awareness programs on forced labour and child labour,” he said. — Bernama

3.No plan to abolish recruitment system for domestic helpers: Awang

4.Kelantan records 808 fatalities due to Covid-19 as of September