Pandemic shrinking revenue of animal shelters, while more pets being dumped due to shifting priorities 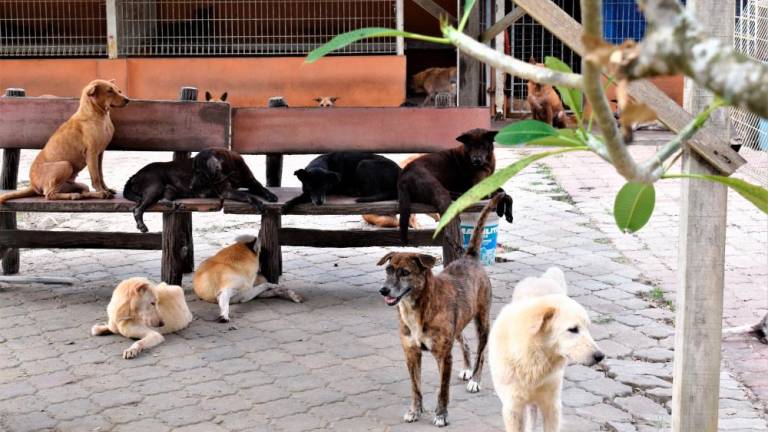 PETALING JAYA: Animal shelters have become the latest casualty of the Covid-19 pandemic.

As people grapple with the economic fallout, funds for providing care to unwanted pets and strays are drying up.

To compound the matter, abandoned animals are being left at the door of shelters as priorities of their former owners change due to the pandemic.

To keep their operations going, one such shelter has had to resort to creative measures.

The Lost Animal Souls Shelter, located in Kuala Selangor, has taken to growing organic vegetables for sale to partly cover its operating expenses.

According to its founder and president Vignes Chaelliah, the facility is facing difficulty meeting its monthly expenses of between RM12,000 and RM16,000.

Apart from food for its animals, money is needed for utilities, medicines and staff salaries.

Occasionally, they have had to resort to using herbs gathered from the wild to treat sick animals.

Vignes told theSun that residents in Kuala Selangor sometimes donate rice and dog kibble to the shelter, which cares for about 200 dogs, most of which are “elderly”.

She said the number of unwanted cats and dogs being dumped outside the shelter is “alarming”.

“Each week, we see six or seven dogs left at our door. This has raised our medical bills. But fortunately, we are still able to find suitable homes for them.”

According to lawyer Nor Zabeth Muhammad Nor, abandoning pet animals is an offence punishable by law.

Anyone found guilty of such acts is liable under the Animal Welfare Act to a fine of between RM20,000 and RM100,000 or a jail term of up to three years.

Nor Zabeth said pet owners are expected to provide proper lodging, healthcare and food for their animals.

Vignes said the Lost Animal Souls Shelter is a “no-kill” haven for animals, but extremely ill animals may be euthanised on the advice of veterinarians.

Animal welfare officer Kelvin Cheah said animals were being dumped at the SPCA shelter in Ampang almost on a weekly basis.

He said animal lovers could approach the SPCA to adopt a pet. However, the potential pet owner will have to undergo a stringent screening process to ensure a suitable match.

The animal will also have to be spayed and vaccinated.

Cheah said the shelter has about 100 animals, with six of them already fostered.

He added that while donations are received regularly, the shelter is about RM20,000 short every month.

Under the recovery movement control order, only one visitor is allowed at any one time at the shelter, with only 30 minutes allocated to view and select the animals available.

According to the Malaysian Animal Association, there has been an increase in the number of cats and dogs being abandoned in Kuala Lumpur.

A Bernama report quoted its president Arie Dwi Andika as saying that such animals have been seen at remote industrial zones and non-residential areas.

“We used to find five or six abandoned dogs at a time in these areas, but now we are seeing 18 to 20 of them.

He said irresponsible pet owners choose these isolated areas to reduce the risk of them being seen committing such acts.

He urged the authorities to implement a pet microchip identification system and make it a prerequisite to owning pets.

“It will help us find owners who have abandoned their animals.”

Read this story on our iPaper: Pandemic shrinking revenue of animal shelters, while more pets being dumped due to shifting priorities