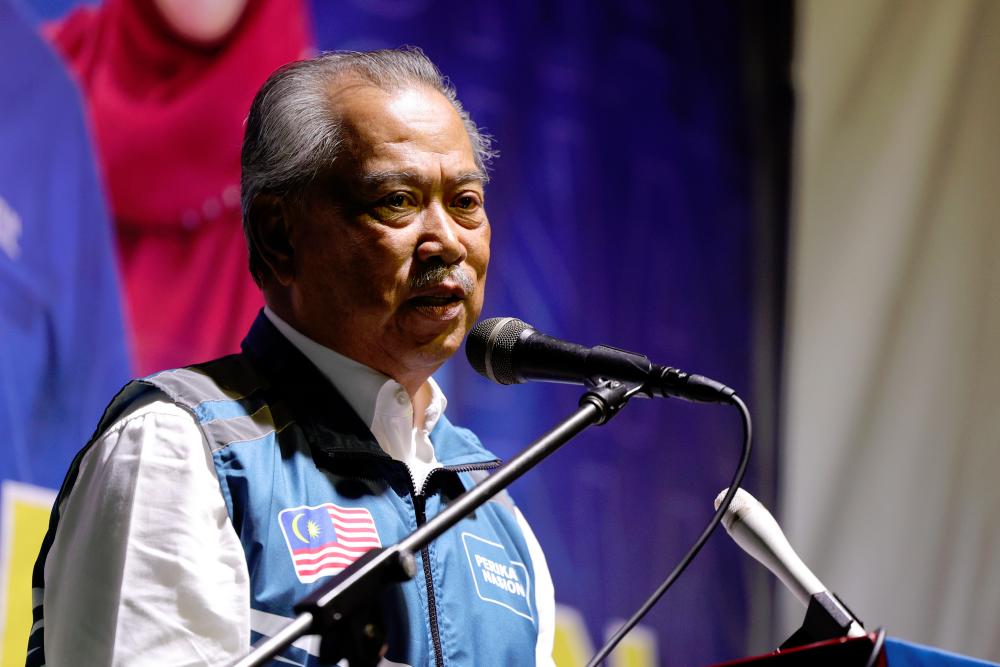 Muhyiddin who is also the Bersatu party president said the allocation of seats among the component parties were made through a friendly consensus, mutual respect, tolerence and a cordial manner with the interest of all parties taken into account.

The former prime minister said the election machineries of Bersatu, PAS and Gerakan have been directed to take initiatives to strengthen PN, so as to be ready and face the GE15.

“In a few days, we will finalise dates for every state under PN to annouce the seats to be contested and the names of the candidates for the respective seats,” he told reporters after chairing a PN meeting at the Bersatu headquarters located at Yayasan Selangor, here today.

Meanwhile, Muhyddin said PN has never held any discussions officially with Gerakan Tanah Air (GTA) regarding the possibility of working together for the GE15.

GTA sponsor chairman Tun Dr Mahathir Mohamad was today reported as saying discussions were still ongoing but there were issues that have yet to be resolved.

He also issued a two-day period (until Nov 2) for PN to decide on the prospect of working together with GTA during the GE15. - Bernama