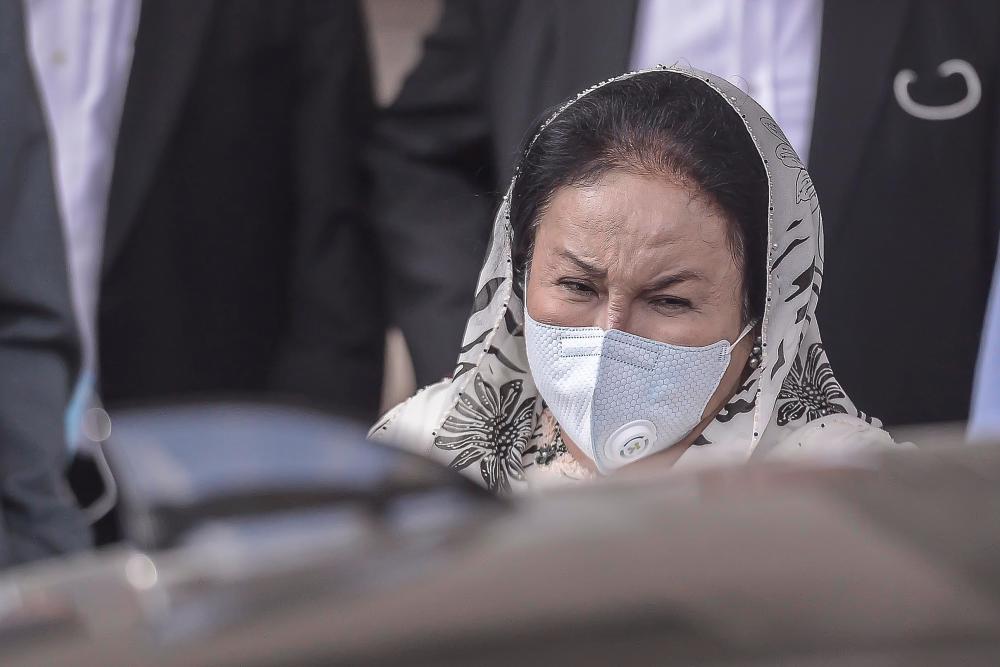 Rosmah, 70, filed the judicial review application on June 24 through Messrs Akberdin & Co in the High Court (Appeal and Special Powers) naming the Attorney-General/Public Prosecutor, Government of Malaysia and Sri Ram as respondents.

However, her application was dismissed by the High Court and her appeal against the court ruling was also rejected by the Court of Appeal and the Federal Court.

In her latest application, Rosmah sought to declare that the appointment of Sri Ram as senior deputy public prosecutor through three letters of appointment (fiat), dated July 8, 2020, May 11 and May 21, 2021, respectively, was unlawful.

She sought to declare that the first version of the fiat signed by Attorney-General Tan Sri Idrus Harun on July 8,2020, which should have been signed by the previous Attorney-General, Tan Sri Tommy Thomas on or before Nov 15, 2018, i.e. the date of prosecution against the applicant, was invalid.

In addition, she sought to declare that the second version of the fiat dated May 11, 2021 was non-existent as Thomas in his book - ‘My Story: Justice in the Wilderness’ published in 2021 stated that Sri Ram’s appointment was related to 1Malaysia Development Berhad and not her solar corruption trial, other than to declare that the appointment of the former Federal Court judge through the third version of the fiat was defective.

“Therefore, I as the accused person (OKT) must be acquitted of all the charges against me under Section 16 (a) (A) of the Malaysian Anti-Corruption Commission Act 2009 in the solar case,“ Rosmah claimed in her application.

It was an inducement to help the company (Jepak Holdings) to secure the Hybrid Photovoltaic Solar System Integrated Project and Maintenance and Operation of Genset/Diesel for 369 rural schools in Sarawak, worth RM1.25 billion.

The trial at the High Court has been completed and Judge Mohamed Zaini Mazlan has set July 7 to deliver the court’s ruling on whether to acquit or convict Rosmah on the three corruption charges. — Bernama